The trailer of the upcoming film KGF (Kolar Gold Fields) starring actor Yash was revealed in a glamorous ceremony in Bengaluru on Friday.

ALSO READ: ‘2.0’ trailer: All you need to know about the Rajni-Akshay epic blockbuster

The film features Yash as Rocky, who learns his life-lessons the hard way on the streets of Mumbai. 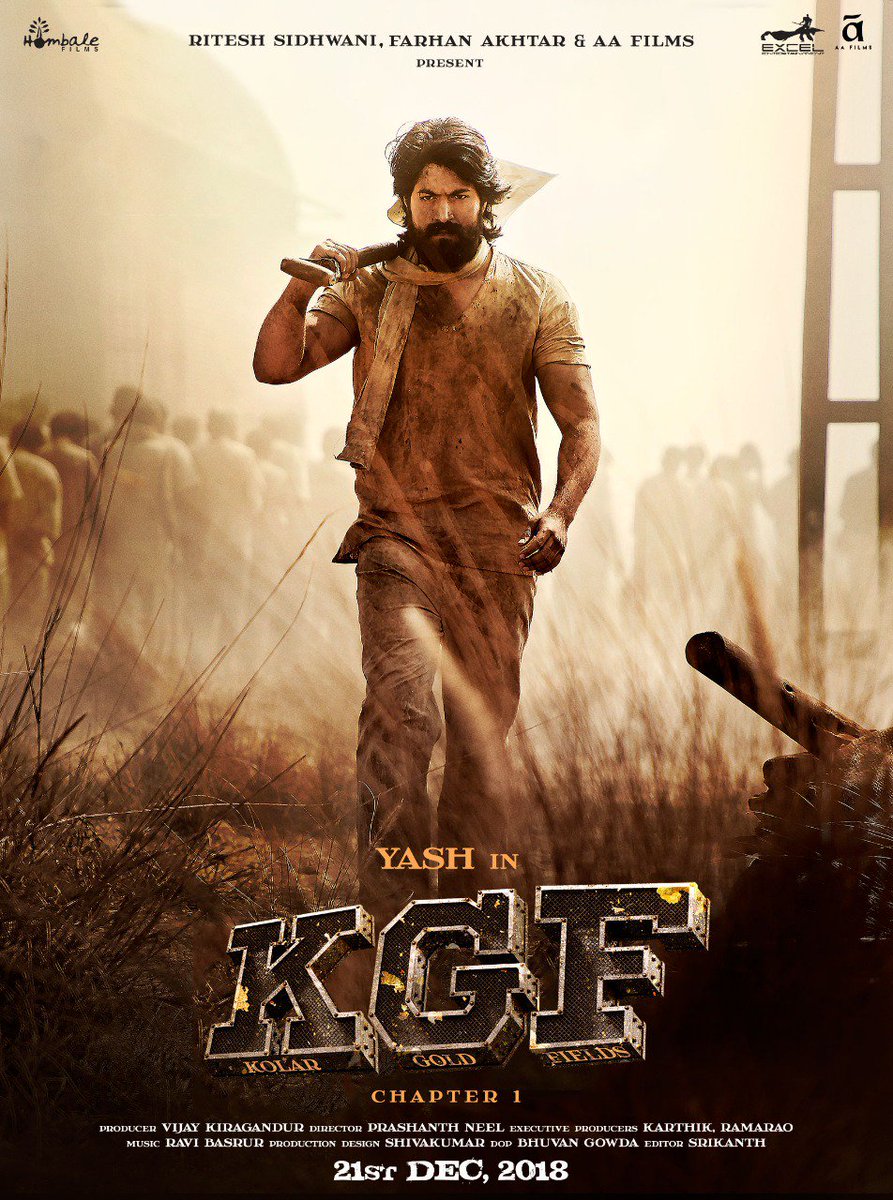 Set in the backdrop of the 70s, the two-part period film is believed to be the most expensive film ever made in the Kannada film industry.

ALSO READ: This is how social media reacted to the trailer of SRK’s ‘Zero’

KGF is all set to be released on December 21. The movie is releasing in four languages- Hindi, Kannada, Tamil and Telugu, KGF will also be dubbed in Chinese and Japanese as well.

Here is the trailer :