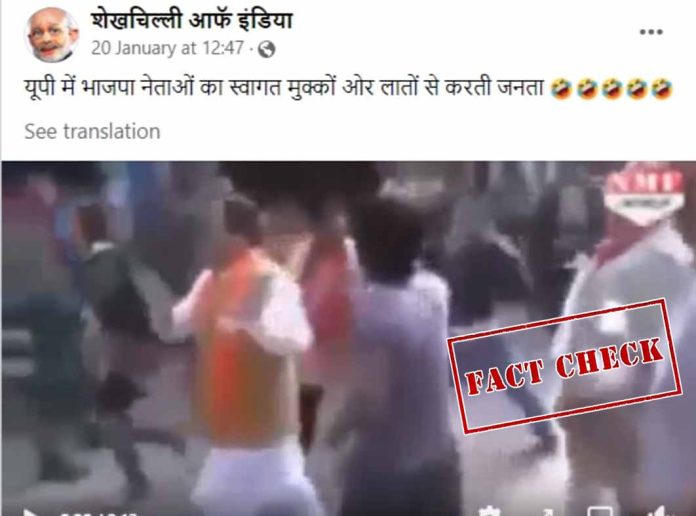 A video of a man being heckled by a crowd is being shared on social media with a claim that a mob attacked a BJP leader in Uttar Pradesh ahead of the impending state assembly elections.

(English Translation: People welcome BJP leaders with punches and kicks in UP) 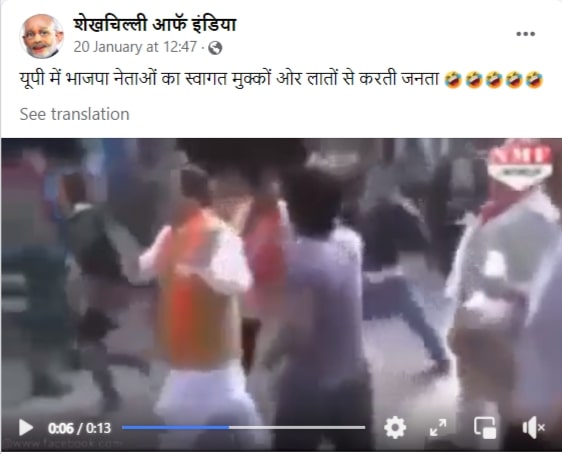 While looking for similar posts, we found that the longer version of the same video was also shared by Facebook users in December 2020 with a different claim. 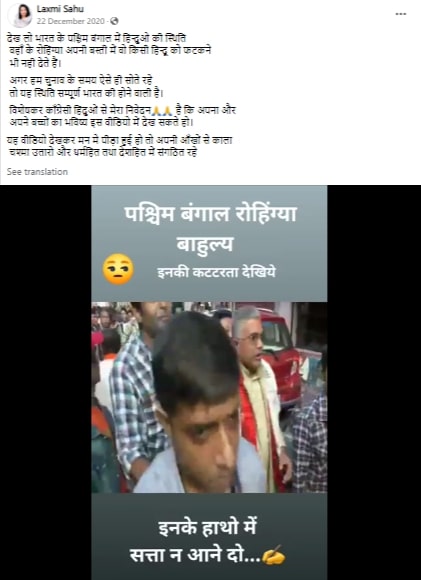 In the video, we noticed President of BJP’s Bengal unit Dilip Ghosh. Taking a cue, we ran a keyword search along with a Reverse Image Search on the keyframes from the video and found reports by several media organisations from 2017, featuring similar videos.

The title of a news bulletin uploaded by ABP News on October 6, 2017, read “Attack on BJP President Dilip Ghosh in Darjeeling.”

We found that the leader in the video is West Bengal BJP chief Dilip Ghosh and the video is from Darjeeling. In 2017, he was allegedly attacked by activists of the anti-Bimal Gurung faction of Gorkhaland Janmukti Morcha.

The same incident was also covered by Republic TV.

NewsMobile had debunked the same video in January 2020 and December 2020, where it was falsely linked to Assam Assembly Elections and Rohingya community.

Hence, from the above information, it is clear that the video is OLD and the post is false.