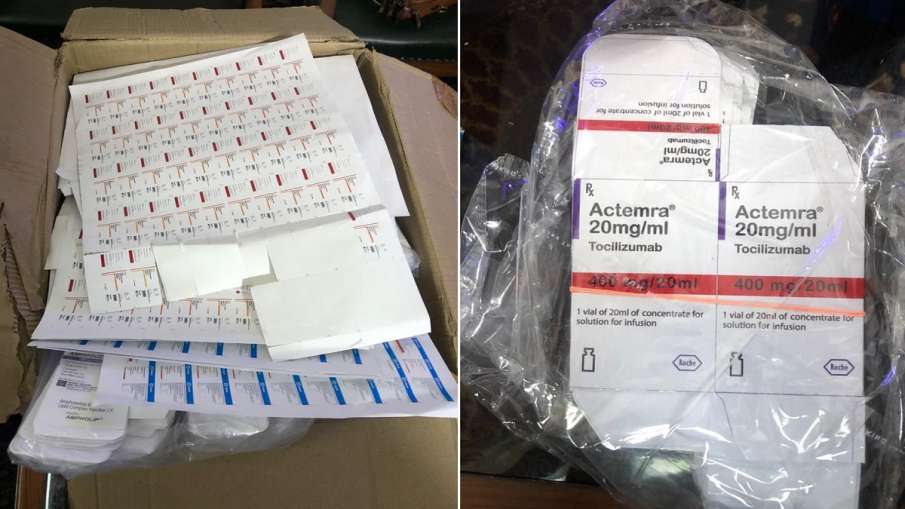 The Delhi Police Crime Branch, on Sunday, arrested a gang of seven people including two doctors, allegedly manufacturing and selling fake Liposomal Amphotericin-B injections, which is used in the treatment of Black Fungus disease. 3,293 vials of fake injections have also been recovered from the house of one of the doctors, Dr. Altamas Hussain, in southeast Delhi, police said.

The crime branch found huge stocks of fake injections while a raid was conducted at a house in the Nizamuddin West area. “Most of the injections were of the drug used to treat Black Fungus while some were Remdesivir injections. Some of these injections had crossed their expiry dates,” said Monika Bhardwaj, DCP, Crime Branch.

Amphotericin-B is used to treat Black Fungus which is also known as Micromyosis, which damages the nose, eyes, sinuses, and sometimes even the brain. It can be life-threatening in diabetic or severely immuno-compromised individuals such as cancer patients or people with HIV/AIDS.

The raid took place following a complaint which was registered on June 7 from the Drug Control Department of the Delhi government over the fake injections. The police have also taken the medical degrees of the doctors involved.

According to the police, the gang has till now sold more than 400 fake injection vials, the price ranged between Rs 250 to Rs 12,000. As the number of Covid-19 cases has seen a decline, the numbers of mucormycosis among the positive patients have seen an alarming rise.

Doctors believe that Mucormycosis may be triggered by the use of steroids, a life-saving treatment for severe and critically ill COVID-19 patients. The rare infection is caused by exposure to mucor mould which is commonly found in soil, plants, manure, and decaying fruits and vegetables.