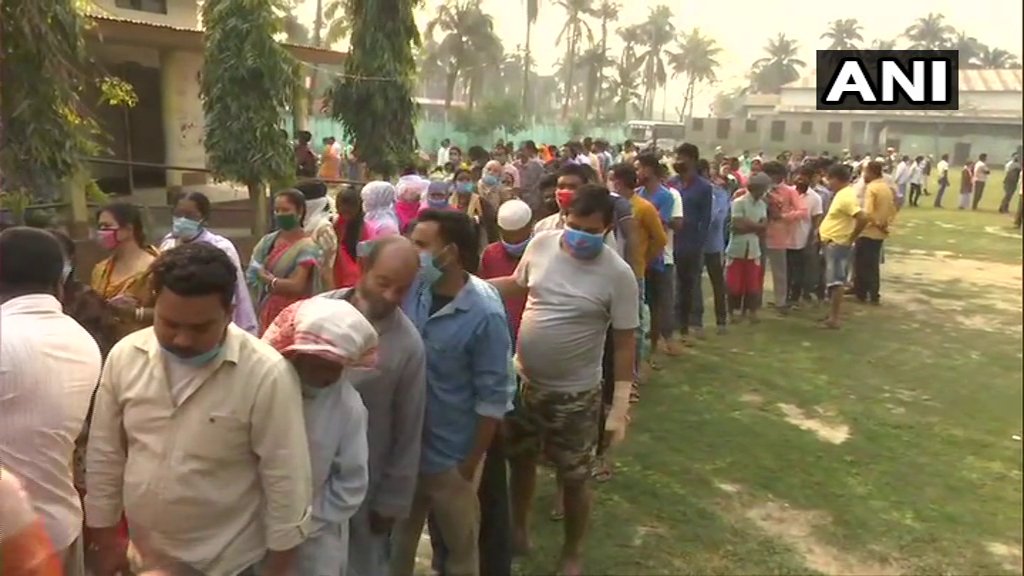 Assam recorded 77 percent voter turnout in the first phase of assembly elections, according to the Election Commission. Sivasagr district recorded the highest voter turnout at 82.46 percent while sonitpur seat saw the lowest footfall with 71.80 percent.

A total of 264 candidates were in the fray from 47 seats – 42 seats from 11 districts of upper Assam and northern Assam region and five seats from central Assam’s Nagaon district.

The fate of Assam Gana Parishad’s Atul Bora is also at the stake. The AGP is in alliance with the BJP, while senior Congress leader Ripun Bora is trying his luck from the Gohpur seat.

Activist Akhil Gogoi, who is currently in jail since December 2019 in connection with a National Investigation Agency case for his alleged role in the anti-CAA protests, is also in the fray.

Voters at the polling centre in Mankata area of Lahowal constituency were being provided masks, gloves, and hand sanitizers amid the COVID-19 pandemic. The temperature of voters was also being checked at a primary school – designated as a polling booth. People were also seen maintaining social distancing at the polling centre.

In 2016, the BJP scripted history and formed the government for the first time in the state ending Congress’s 15-year rule. The BJP and its allies – AGP and Bodoland People’s Front (BPF), won a combined 86 seats in the 126-member Assam Assembly.
BJP bagged 60 seats, AGP 14, and BPF 12 seats. The Congress, which ran the state for three straight terms under the leadership of Tarun Gogoi, could manage to win only 26 seats.