Fact Check: Did A Plane Land On A Truck Due To Problem In Front Wheel? Here’s The Truth | Newsmobile
Monday, October 3, 2022

Home NM FACT CHECKER Fact Check: Did A Plane Land On A Truck Due To Problem...
ShareTweetGoogleWhatsappPrint
Mail

A video is being shared on social media where an aeroplane can be seen landing with the help of a truck. The post claims that the aeroplane had a problem with its front wheel and the truck driver helped with the landing.

“Plane landed on truck due to problem at front wheel,” the post claimed.

Other posts can be seen here, here and here.

We extracted keyframes from the video and ran them through Reverse Image Search along with several other keyframes.

The search led us to the same video on YouTube, which was uploaded on May 18, 2013. “Must See Plane Landing on Pickup Truck TV Commercial Ad Nissan Frontier Saves Airplane from Crashing,” the title of the video read. 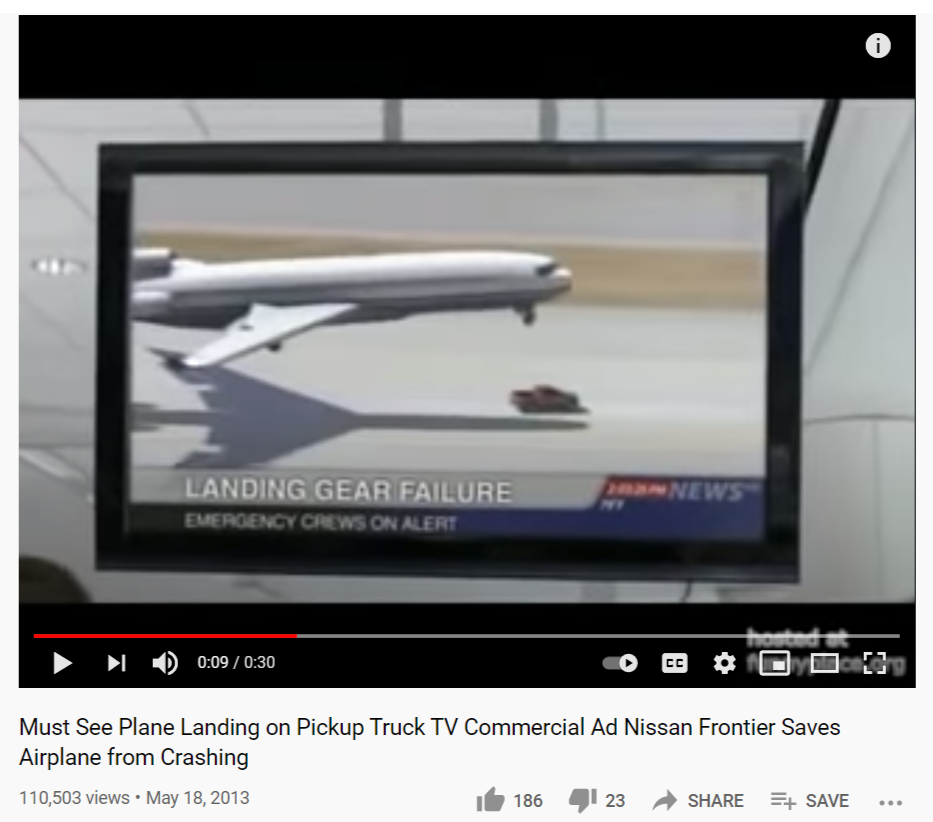 The video description clarified that it is not real-time footage but a TV commercial for the Nissan Frontier Pickup Truck, which came out in 2011. The description also mentioned that the advertisement was created by TBWA\Chiat\Day, a Los Angeles based Advertising and Creative agency.

The description read: Must See Plane Landing on Pickup Truck TV Commercial Ad 2011 Nissan Frontier Saves Airplane from Crashing. This video is not actual real time footage, but a clever TV commercial Ad for the Nissan Frontier Pickup Truck. Nissan also made sure that the following disclaimer ‘Fictionalization. Do not attempt’ was added to the video in the unlikely event of copycat driving. The message Nissan were conveying with the Ad matches their tag line “Nissan Frontier is a mid-size truck that acts like a full size, giving the driver the feeling they can tackle any obstacle.” The Ad was created by TBWA\Chiat\Day a Los Angeles based Advertising and Creative agency.” Links to TBWA\Chiat\Day and Nissan USA follow next – http://tbwachiatday.com/​ and http://www.nissanusa.com/.

We ran a search on this and found that the same video was uploaded by the YouTube channel of NissanUK on Nov 25, 2011.

We also found details regarding the same on the website of Zoic Studios, who did the visual effects for the advertisement. 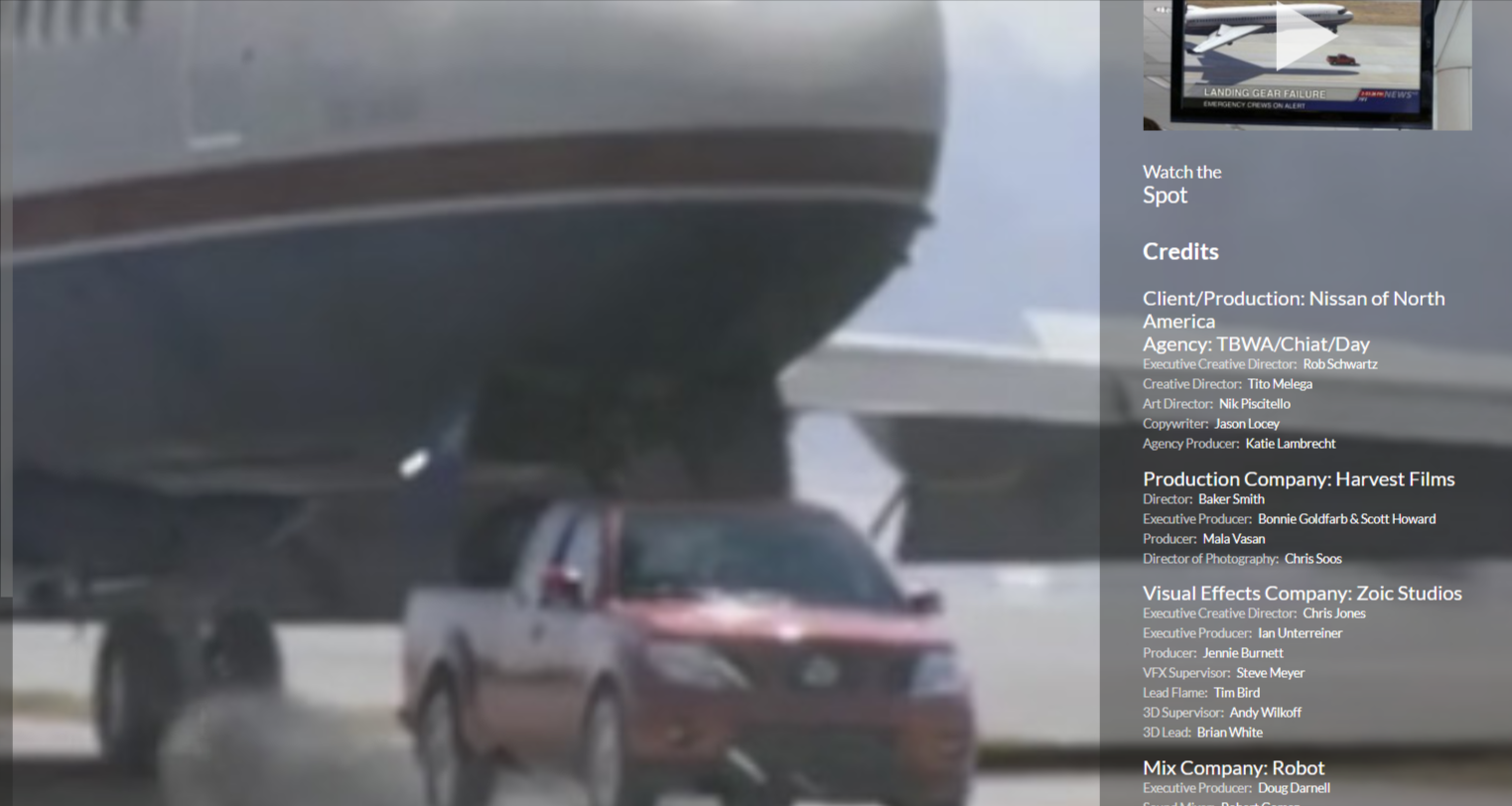 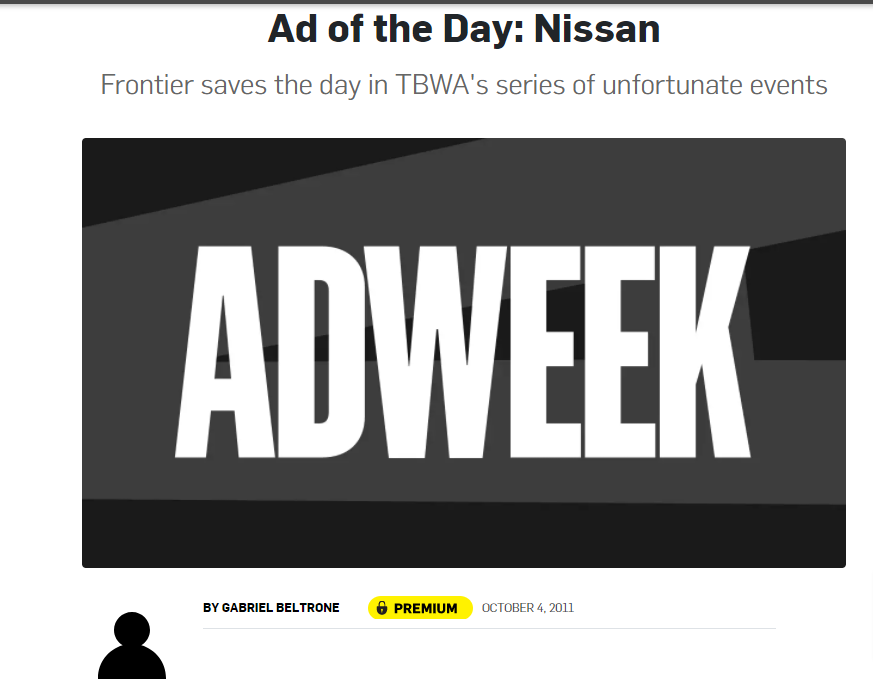 Previously, NewsMobile debunked a similar post where an IPL’s advt campaign image was falsely shared as Dhoni converting to Buddhism.

Hence, from the above fact check, it is clear that the commercial for Nissan is being shared as actual footage.