A picture of former Indian cricket captain Mahendra Singh Dhoni wearing monk’s attire is being shared on social media with a claim that he has converted to Buddhism.

We found that the picture was originally uploaded by Start Sports on their Twitter handle on March 13, 2021. 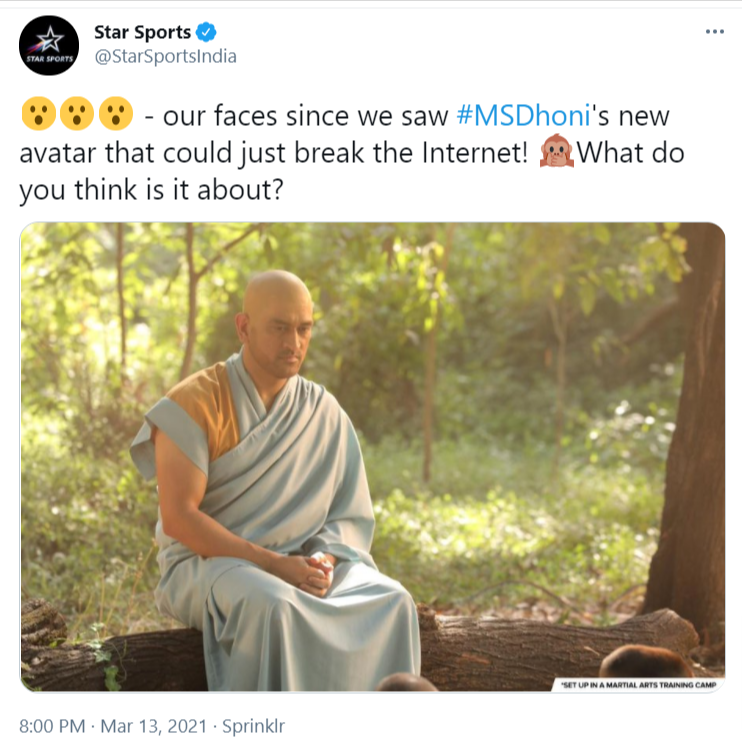 At the bottom right corner of the picture, we can see the text, ‘Set up in a martial arts training camp’.

The photo took the internet by storm and triggered a meme fest amongst netizens. Read the reports here and here. 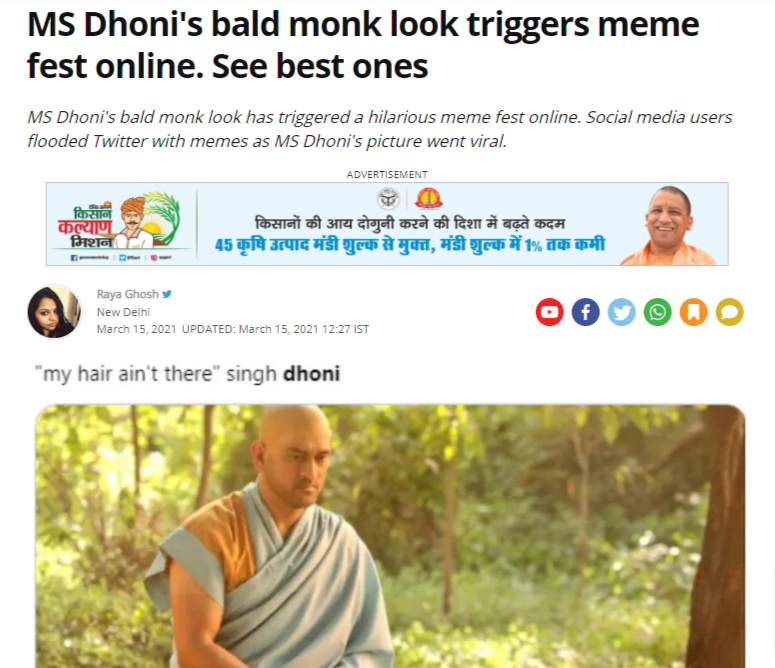 Unravelling the mystery behind the picture, Star Sports, official broadcaster of the Indian Premier League, launched an advertisement campaign on March 14, 2021, featuring Dhoni in his new avatar. 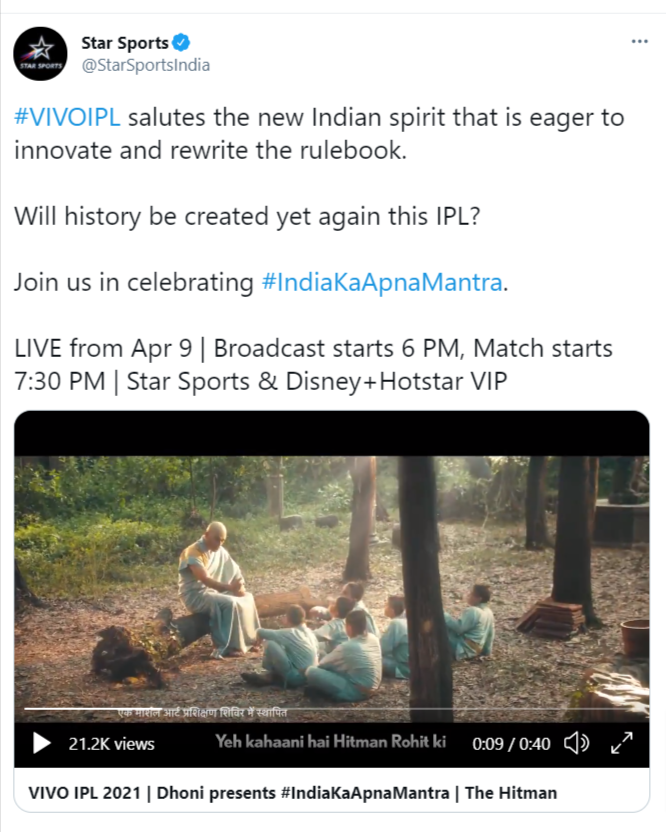 Hence, from the above information, it is clear that the image is an advertisement campaign launched by IPL and the claim attached to it is false and misleading.