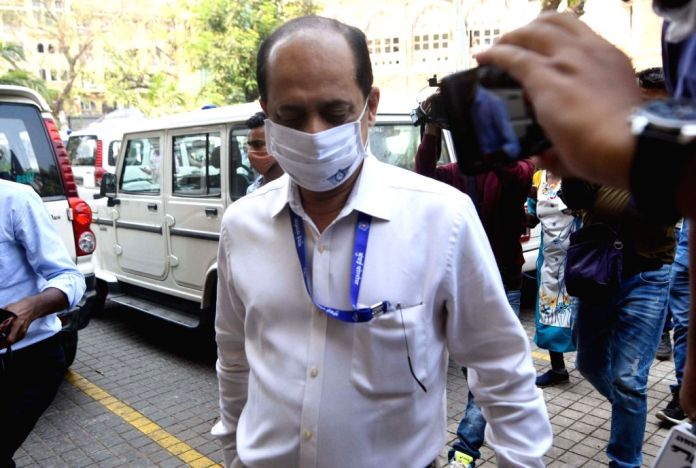 National Investigating Agency has arrested Maharashtra Assistant Police Inspector Sachin Vaze in connection with the investigation into the recovery of explosives from a car parked near Mukesh Ambani’s house in Mumbai.

“Sachin Waze API Mumbai Police Crime Branch has been arrested for his role and involvement in Placing an explosives-laden vehicle near Carmichael Road (near Mukesh Ambani’s house) on 25th February 2021,” said an official statement of NIA.

ALSO READ: We Will Appeal To Nandigram Voters Not To Vote For BJP: Rakesh Tikait

Hiren, the owner of the vehicle that was found containing explosives outside the house of Reliance Industries Chairman Mukesh Ambani, was found dead in a creek on March 5 in Thane.

Sachin Vaze is also being probed for the mysterious death of businessman Mansukh Hiran. ATS Maharashtra is investigating the case.

Allegations were leveled against him in connection with the case, Waze, who was leading the investigating of Hiren’s death in the Crime Intelligence Unit, was transferred to the Citizen Facilitation Centre at the Mumbai Police Headquarters.

Sachin Vaze is an Assistant Police Inspector of the Mumbai Police. He is also known as an encounter specialist and was also involved with the deaths of as many as 63 criminals. He was suspended for 17 years after being arrested in the custodial death of a 27-year-old software engineer Khwaja Yunus. But he was granted bail after 58 days of being in custody.

He was reinstated in June 2020 citing the requirement of officers in the force. He led the police team to arrest the editor-in-chief of Republic TV, Arnab Goswami, in the case of the death of architect Anvay Naik.