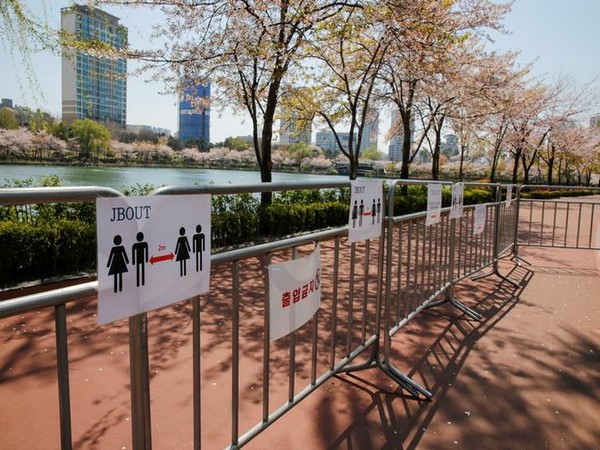 Even as the COVID-19 pandemic around the world refuses to relent, some nations have successfully flattened the curve by being proactive and adopting measures that yield the stick as well as carrots.

With more than six million cases and over 3,00,000 deaths around the world, it is only natural to wonder as to how some nations have flattened the curve, while others are still struggling with it.

Some of the differentiators for these nations have been: They caught the virus early on, increased their rate of testing, enhanced public health infrastructure, cut off the source of the virus (air travel and international arrivals), effectively monitored the spread of the virus to prevent community transmission (Stage 3).

So, which are these nations that flattened the curve?

They have an impressive record of having just recorded a little over 1500 cases. The woman behind this is none other than the Prime Minister Jacinda Ardern.

She adopted the ‘elimination’ approach rather than the ‘containment’ approach.

An immediate and effective lockdown followed by aggressive tracing and isolation enabled New Zealand to flatten the curve and reopen their economies recently.

The City state is a perfect example of having a strategy to not only deal with the virus but also with the humanitarian side of the virus.

As far as the virus is concerned, Prime Minister Lee Hsien Long implemented the ‘circuit breaker’ measures with the aggressive implementation of a partial lockdown and adherence to physical distancing norms.

However, all measures pertaining to food and shelter were ensured before these measures were implemented.

When it was found that clusters were being formed around labour camps, the government effectively managed to stem the flow of cases from these areas using IT technologies to its advantage.

The question that has to be asked is how to flatten this curve? The above mentioned answer is obvious. Apart from it, this nation leveraged its strength in Digital Health and was able to track down all those who tested positive and had specific treatment strategies to deal with them.

Winning the trust of the citizens is also very important. The Chancellor came and updated the citizens everyday regarding the situation and urged them to take precautions. This is how the virus was defeated.

This nation is Germany and the Chancellor in question is Angela Merkel.

The island nation has not only been fighting Chinese belligerence but has also effectively flattened the viral curve. The credit goes to its civil conscious citizens and its President Tsai-Ing-Wen.

It has steadfastly kept up its commitments to the international community, despite being snubbed by the World Health Organization (WHO).

Taiwan was amongst the first few nations to impose a travel ban to China.

Firstly, passengers entering the nation from Wuhan were isolated and tested aggressively.

Those who exhibited symptoms were treated at various public health care facilities, which are globally renowned.

The nation also imposed a brief lockdown and used technology to its advantage to trace and test.

Presently, it has flattened the curve successfully.

However, despite its success, it continues to remain ostracized by the international community.

It was one large religious gathering at the Shincheonji Church that became the single source of the virus spreading across South Korea.

However, the authorities immediately enforced an ironclad lockdown and prevented the spread of the virus.

Once this was done, the nation embarked on a mission to aggressively test their residents and began to isolate those who exhibited the symptoms of the virus.

The authorities managed to use hi-tech technology such as geo-fencing, artificial intelligence to implement effective containment strategies.

However, this success was short lived as one incident of an individual visiting a night club and later testing positive was revealed. He is believed to have come into contact with at least 2000-3000 people.

Another warehouse in the outskirts of Seoul of a leading e-commerce firm which has at least 4000 employees became another cluster which reported many positive cases.

Presently, it is back to square one as far as South Korea is concerned, but in the beginning, they did a thorough job.