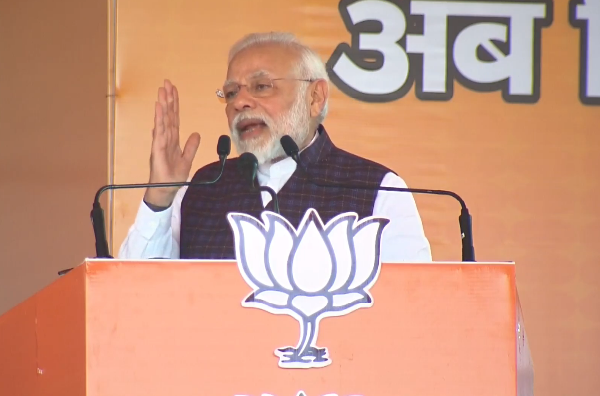 New Delhi: In his second campaign rally ahead of the Delhi Assembly polls, Prime Minister Narendra Modi on Tuesday said that the upcoming elections will be the first of this decade and the country’s development will depend on decisions taken today.

“The upcoming Delhi elections are the first elections of this decade. This decade will belong to India. India’s development will depend on the decisions taken today”, Modi said addressing a huge gathering in Delhi’s Dwarka region ahead of the polls scheduled for February 8.

The Prime Minister said, “Ahead of the voting and with only four days left, some people have lost their sleep after seeing the mood in favour of BJP. Yesterday in east Delhi and today in Dwarka, the results of February 11 have become clear.”

BJP President JP Nadda was also present during the public rally which was attended by Haryana’s Deputy Chief Minister Dushyant Chautala among others.