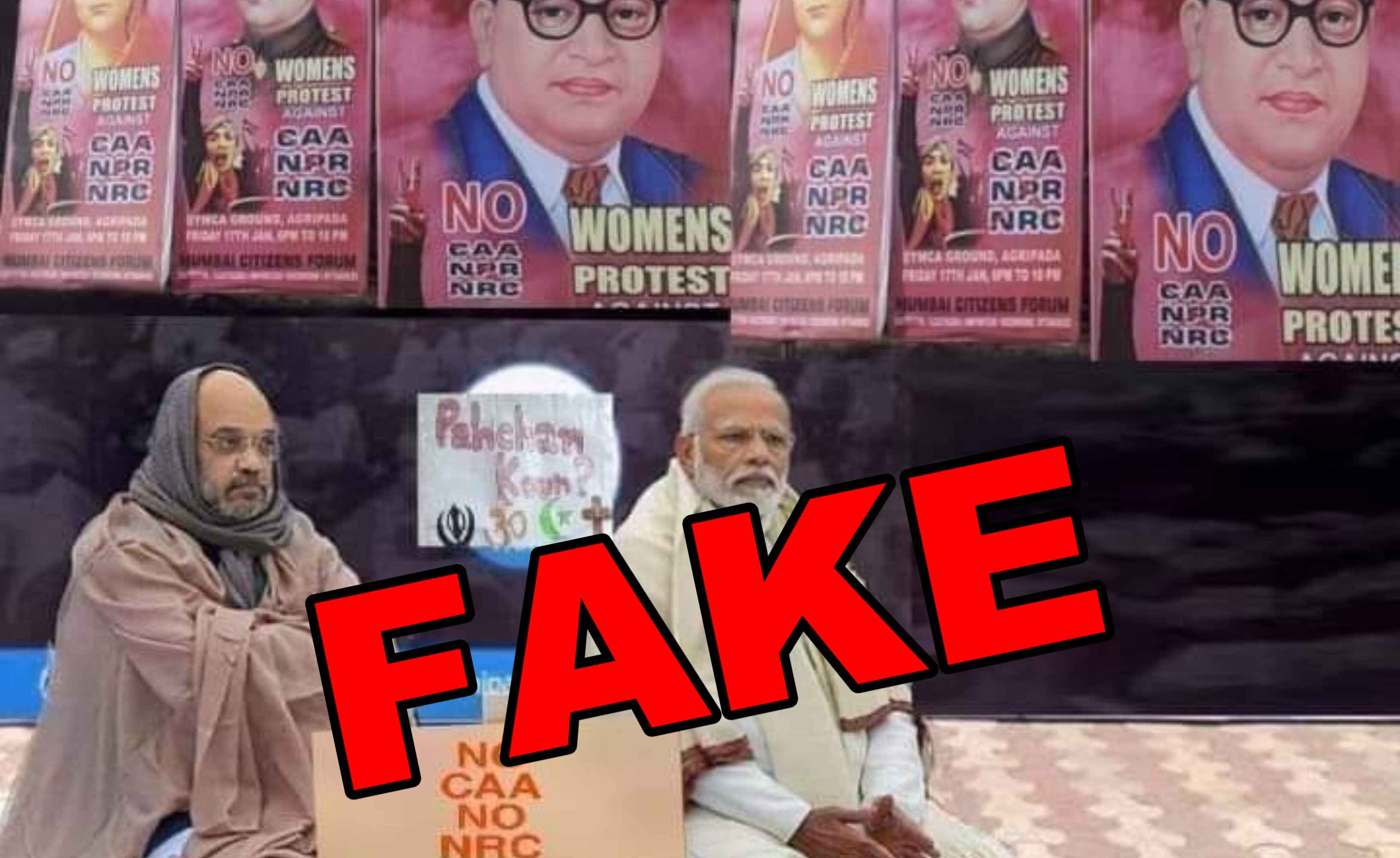 A picture of Prime Minister Narendra Modi and Union Home Minister Amit Shah has surfaced on the internet in which the two leaders can be seen sitting with anti-CAA placards. 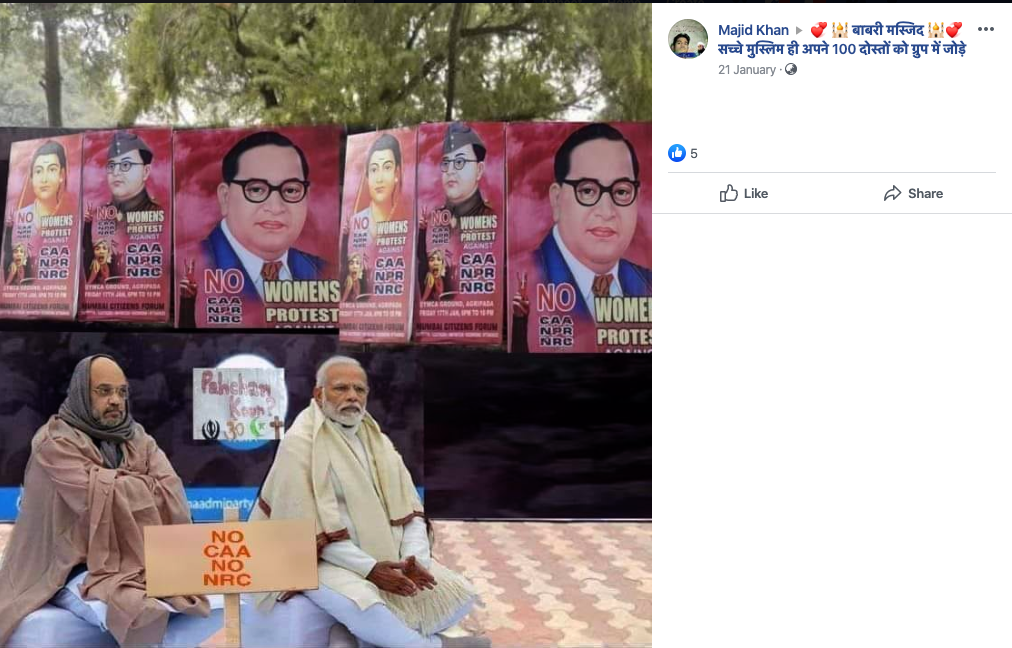 The placard in front of PM Modi and Amit Shah read: “No CAA No NRC”

ALSO READ: Manoj Tiwari was beaten by Jats with shoes in Delhi? Here’s…

On cropping and putting the picture through Reverse Image Search, we found the original picture of the Prime Minister and Amit Shah. 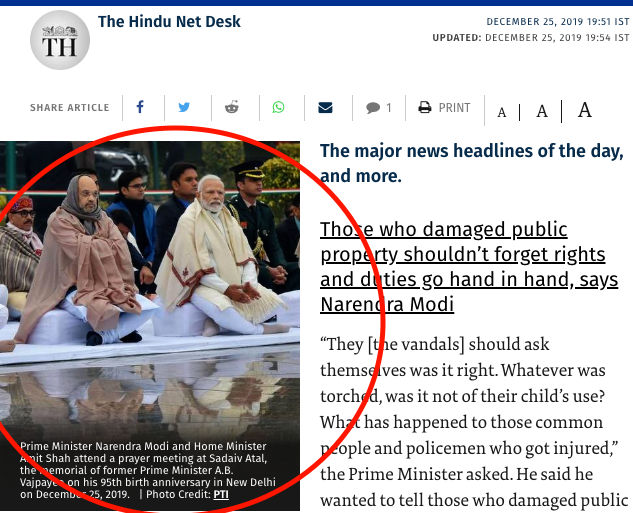 We found the original picture in an article by The Hindu. The caption of the PTI picture read- “Prime Minister Narendra Modi and Home Minister Amit Shah attend a prayer meeting at Sadaiv Atal, the memorial of former Prime Minister A.B. Vajpayee on his 95th birth anniversary in New Delhi on December 25, 2019.” 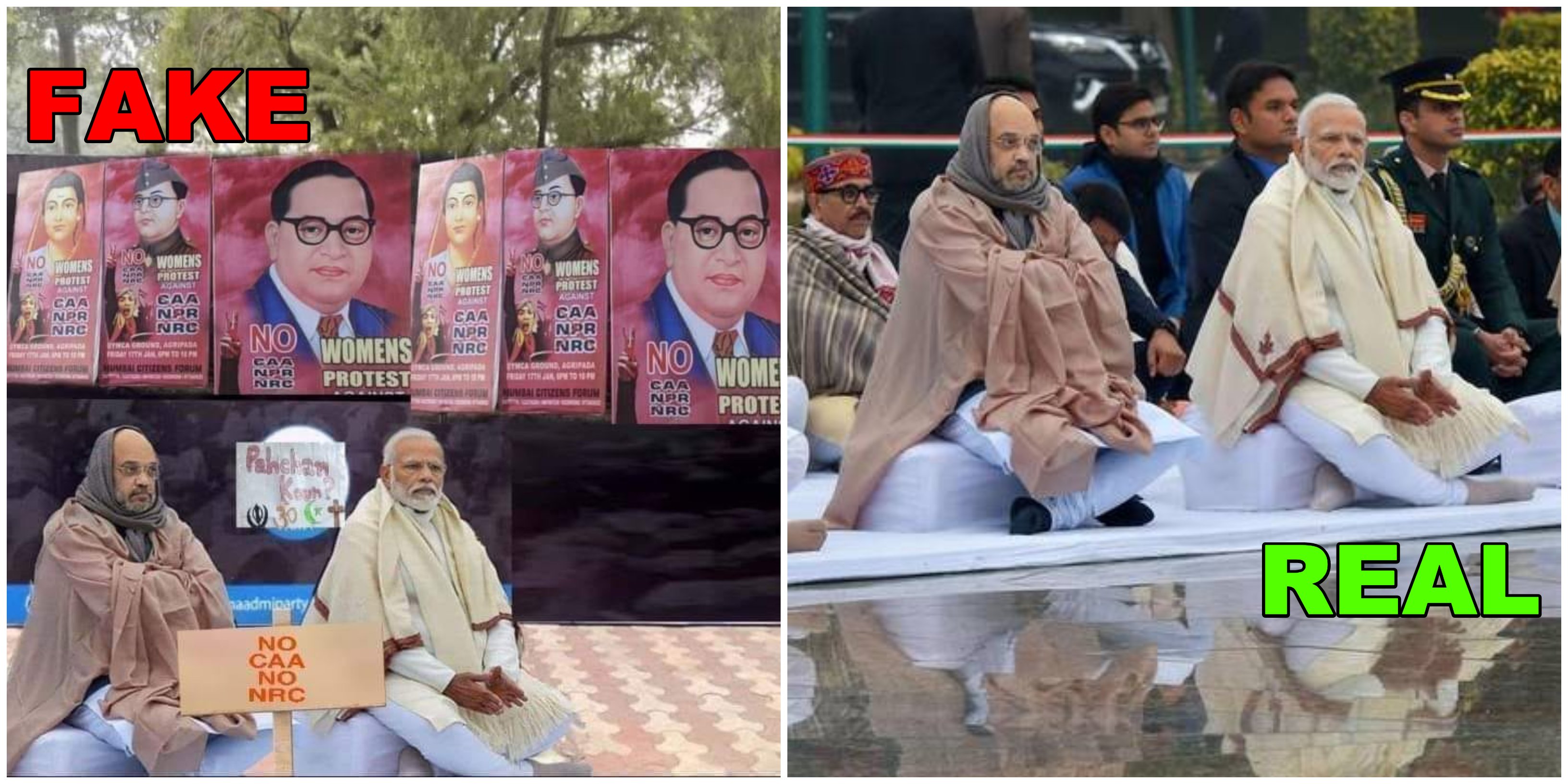 In the above FAKE vs REAL collage, it is clear that the viral picture of PM Modi and Amit Shah protesting against CAA is FAKE.