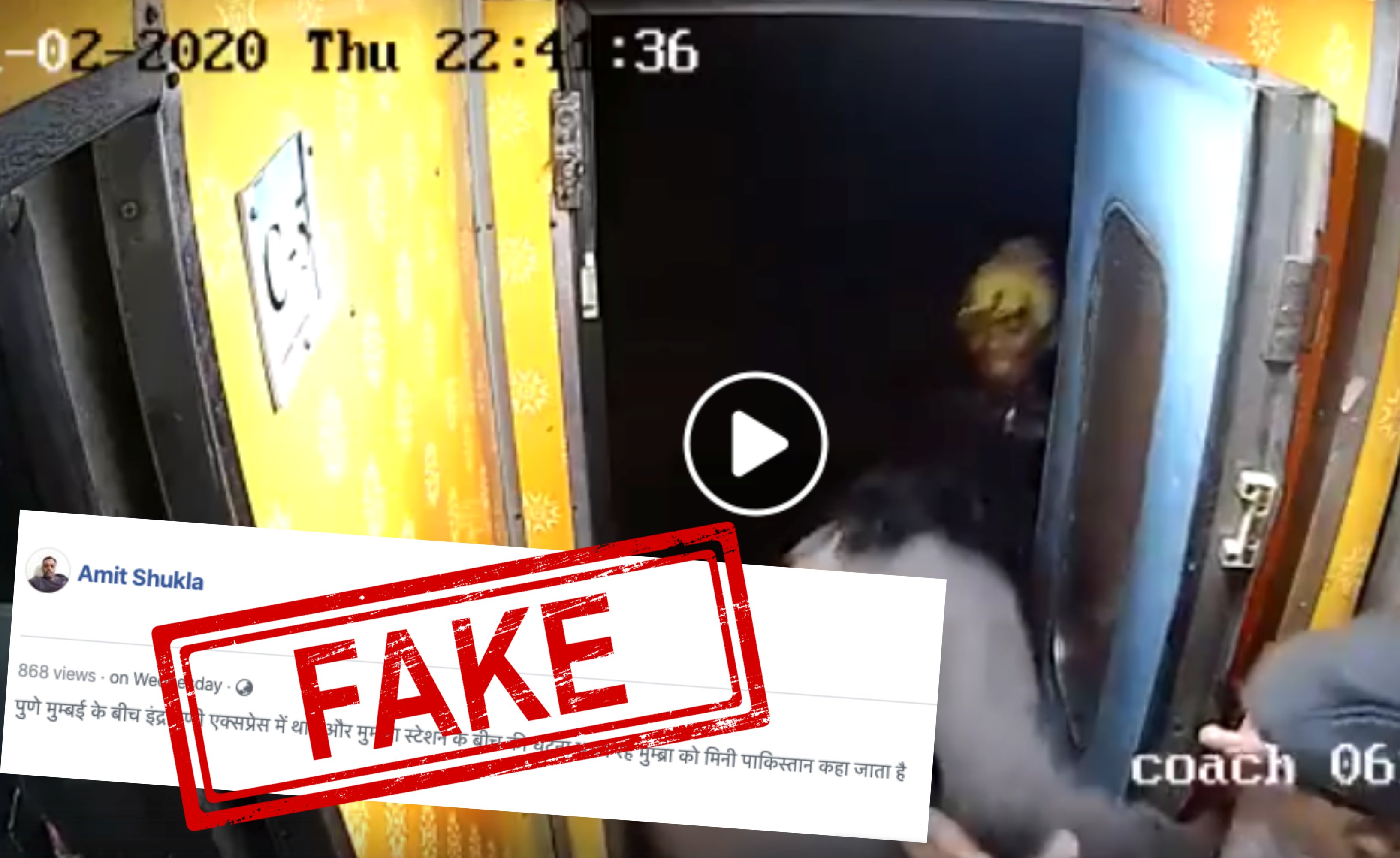 A video is being widely shared on social media in which a man can be seen snatching a woman’s purse from a moving train. It has been claimed that the incident took on Indrayani Express (Pune to Mumbai) between Mumbra and Thane. 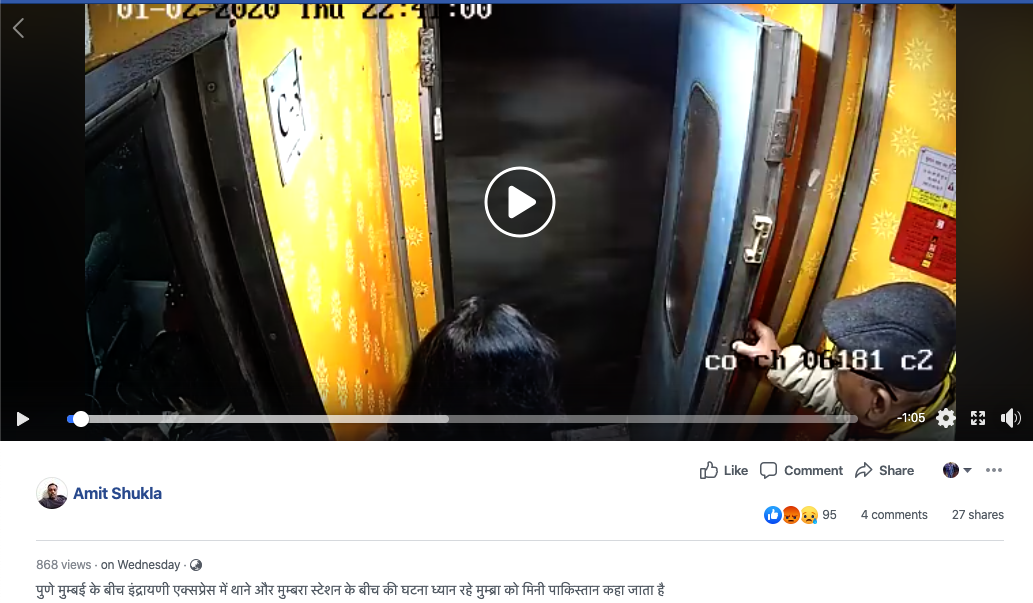 NewsMobile fact-checked the above post and we found the claims attached to it to be false.

On putting a few relevant keywords such as ‘train’, ‘snatching’, ‘Indrayani Express’, ‘Mumbai-Pune’, ‘Mumbra and Thane’, through a Google search, we came across a Tweet with the same claim to which the verified Twitter handle of Central Railway had replied clarifying that the incident of snatching did not happen on Indrayani Express between Mumbra and Thane.

It’s not Indrayani express and not pertaining to Mumbai Division of CR on following grounds pic.twitter.com/wQKocFMmRC

Hence, the above information proves that the incident did not take place on Indrayani Express. However, the exact location of the incident is yet to be established.