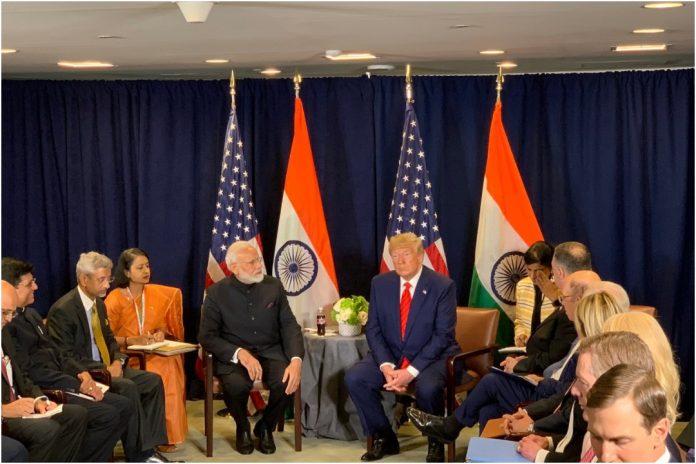 NaMo is like Elvis, Father of India can handle terror from Pak says, Trump.

In a clear indication of excellent chemistry between the two leaders and the intensity of the relationship, the US President Donald Trump described Prime Minister Narendra Modi as the father of India and also compared him to ‘Elvis Presley’.

NewsMobile asked Trump on the question of Pakistan being the epicentre of terrorism, and clearly the message was apparent that terrorism poses challenges to democracies like India and the US.

Relations have never been better, Two leaders began on the issue of trade.

“We focused on growing the trade and we have reduced the trade deficit as well, we have narrowed the difference and we will reach to a trade agreement on the near future,” Trump said. 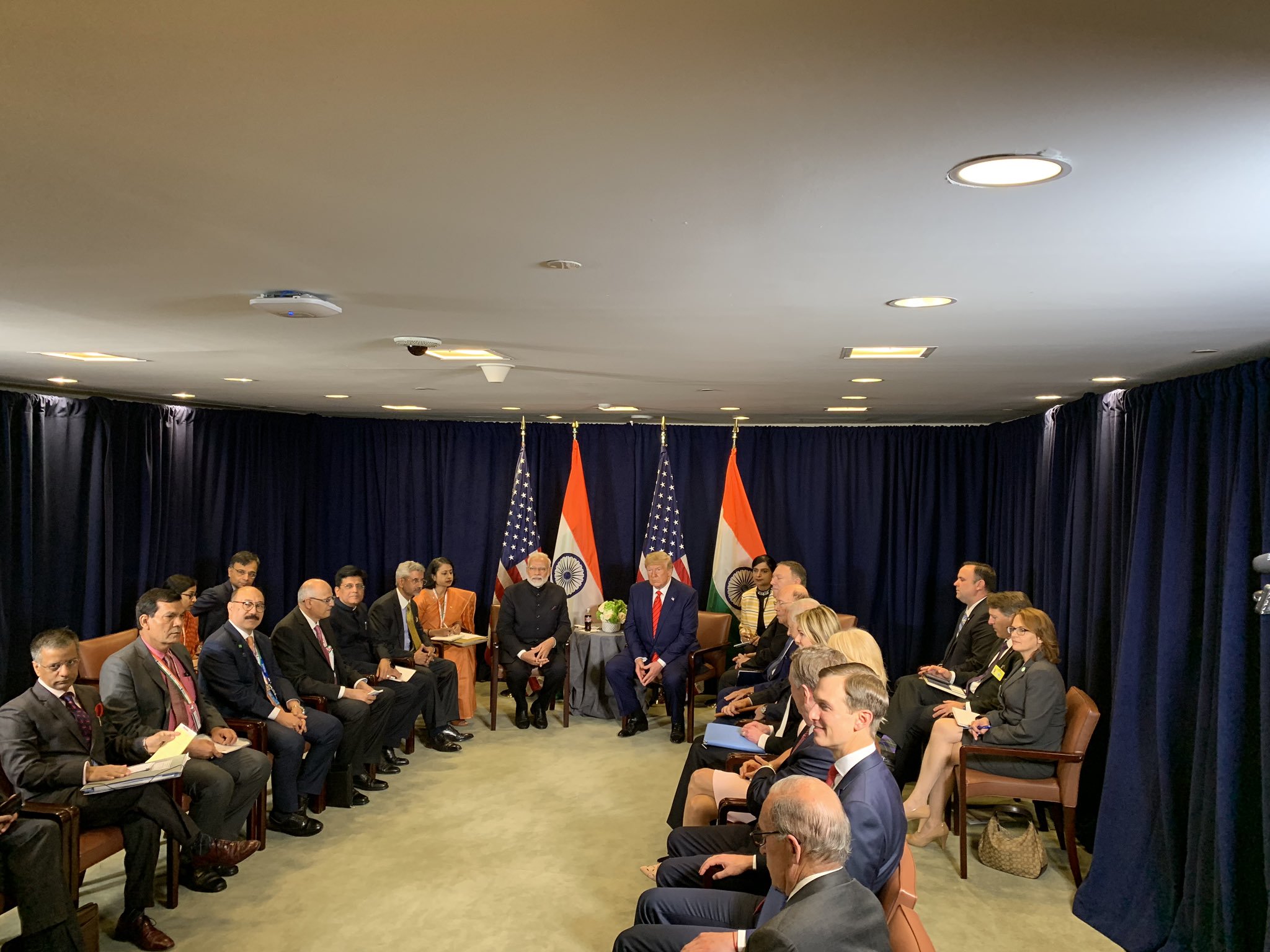 There was a long discussion on terrorism, 42,000 lives have been lost in Jammu and Kashmir, PM told Trump. Foreign fighters have been deployed, PM Modi said.

“We have never shied away from talking to Pakistan,” PM Modi told President Trump.

He also spoke how continues to impact communities. The meeting lasted about 40 minutes.

1. “There will be a trade deal between the two sides soon”- Donald Trump

2. “PM Modi is dealing with terror in a spectacular way. “ Donald Trump

3. Pakistan compared to Iran as far as cross border terrorism. 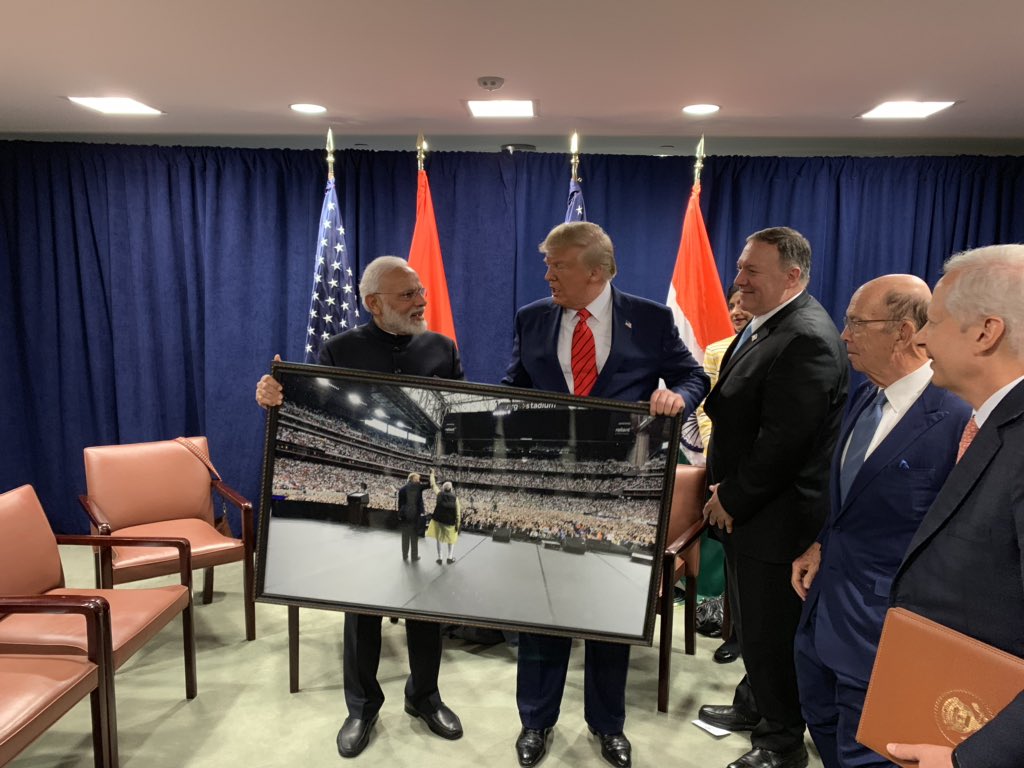 6. “Prime Minister Modi has united India and has done wonders for the nation”. -Donald Trump

7. “Before Prime Minister Modi arrived, India was in a state of chaos”- Donald Trump

(With inputs from Vinod Subramanian)