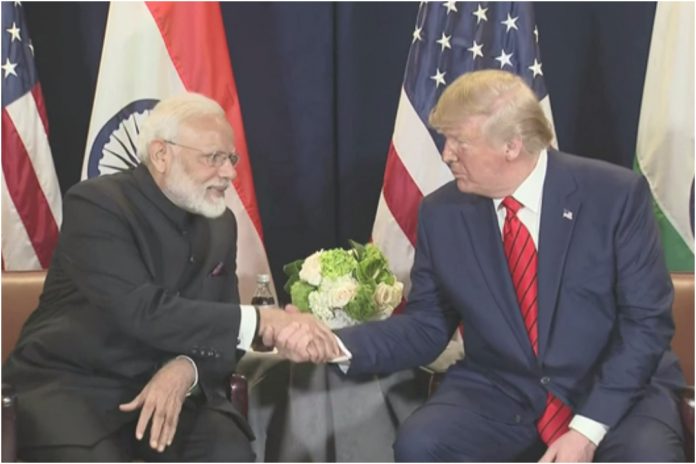 “I am thankful to Trump that he came to Houston. He is my friend but he is also a good friend of India,” Modi said at the meeting.

The meeting between the two took place after President Trump concluded his speech at the UN General Assembly.

Earlier, the two leaders had jointly addressed a gathering of more than 50,000 people at ‘Howdy Modi’ event in Houston on Sunday. The two leaders did not refrain from showcasing the close personal bond shared by them during the mega event which was held in Modi’s honour.

India will also host a special session on Mahatma Gandhi’s 150th birth anniversary celebrations, where around half a dozen world leaders are expected to speak.

ALSO READ: After Howdy Modi, India makes its mark on clean energy at the UN with the Gandhi Solar Park project

India will also dedicate the Gandhi Solar Park which will have 193 solar panels on the roof of the UN headquarters at New York, with one solar panel for each country.

A UN stamp to honour Mahatma Gandhi on his 150th birth anniversary will also be released after the bilateral meeting.