F-21 jets won’t be sold to other countries if we get IAF contract: Lockheed Martin | Newsmobile
Friday, February 3, 2023

Home Home Slider F-21 jets won’t be sold to other countries if we get IAF... 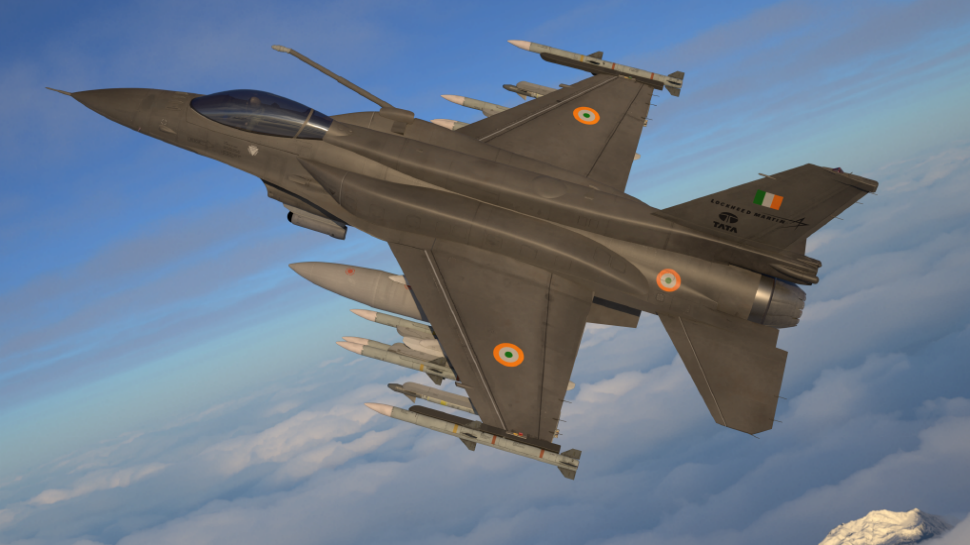 US aerospace giant Lockheed Martin says it will not sell its newly rolled out F-21 fighter jet to any other country if India places an order for 114 planes, in an offer aimed at pitching itself ahead of its US, European and Russian competitors for the mega deal.

Vivek Lall, vice president of Strategy and Business Development for Lockheed Martin, says if F-21 wins the contract, then India will be integrated into the company’s global fighter ecosystem, which is a USD 165 billion dollar market.

In an interview to PTI, Mr Lall said the new combat jet is designed to operate across over 60 air force stations in India, and its key aspects include superior engine matrix, electronic warfare system and weapons carrying capacity.

“We will not sell this platform and the configuration to anyone in the world. It is a significant commitment by Lockheed Martin and it shows importance of India and importance of unique requirement India has,” he said.

Last month, the Indian Air Force issued an RFI (Request for Information) or initial tender to acquire 114 jets at a cost of around USD 18 billion, which is billed as one of the world’s biggest military procurement in recent years.

Official sources said the IAF is pushing for finalising the mega deal in the wake of the Balakot strikes and evolving security scenario in the region.

Mr Lall said if Lockheed wins the contract, it will not only set up a state-of-the-art F-21 manufacturing facility along with the Tata Group, but will also help India create an ecosystem for overall growth of the country’s defence manufacturing.

On observation that the F-21 is similar to Lockheed’s F 16 Block 70 combat jet, he said such a view is unfair as there have been significantly differences between the two platforms.

F-21 is different in terms of various aspects including its air frame, weapons capability, engine matrix and availability of engine options.

“As for example, you are now looking at 12,000 hours of service life air frame in F-21 versus 8,000 hours previously (F 16 Block 70). The additional 40 per cent weapons carrying capability is new in F-21 which was not there in F 16 Block 70. The electronic warfare system is uniquely developed for India,” he added.

“Looking from a distance may make it look similar to F 16 Block 70, but it is different,” he added.

Besides having a traditional boom-delivered refueling facility, the F 21 also has an extendable hose-and-drogue refuelling probe.

“This is the only fighter in the world which has both the capabilities,” said Mr Lall, adding the cockpit has a new large area display.

“It is a modern cockpit and has a significant piece of ability to synthesise information. These are unique capabilities that we are not offering to other countries in the world,” said the Lockheed executive.

The jet has a Long-Range Infrared Search and Track (IRST), enabling pilots to detect threats with precision and Triple Missile Launcher Adapters (TMLAs) allowing it to carry 40 per cent more air-to-air weapons.

Without giving any approximate price of each bare-bone aircraft, he pitched it as the most cost effective compared to the competitors in terms of life-cycle and operational costs.

“If you look at the US government data, the advantage is 30-40 per cent in terms of cost effectiveness. This is lower compared to the competitors. If you aggregate with years and years of operations in the life cycle, it is a huge amount of saving for India if it goes ahead with F-21,” said Mr Lall.

Lockheed, which has a longstanding relationship of 25 years in India, unveiled the F-21 during the Aero India show in Bengaluru in February, saying it will address the Indian Air Force’s unique requirements.

In sync with its priority for India, Lockheed, in September last year, finalised a joint venture with the Tata Advanced Systems to produce F-16 wings in India for export.

“As we continue to expand our footprint, we are talking to more than 190 companies in India. The idea is to partner with India across a wide variety of interests,” said Mr Lall.

He said the number of family members of the F 21 aircraft is around the world 3,000 (F 16), and if Lockheed wins the contract, then India will be linked to an ecosystem which is a 165 billion dollar market.

“This is world’s largest fighter ecosystem. India will be integrated into the 165 billion dollar market which is unparalleled,” said Mr Lall.