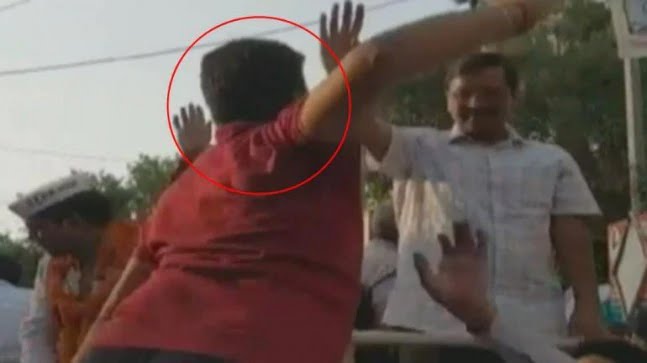 A man, wearing a marooned-coloured shirt, climbed atop his car and slapped the Delhi chief minister on his face before being taken down by AAP chief’s supporters.

The man who slapped Kejriwal has been identified as Suresh of Kailash Park. According to the video, the man also abused Kejriwal. He has been taken to Moti Nagar police station. Police are trying to verify his identity.

A similar incident happened in April 2014 when Arvind Kejriwal was slapped by a man in Delhi’s Dakshinpuri area.

Polling in all the seven seats in Delhi will be held in a single phase on May 12.