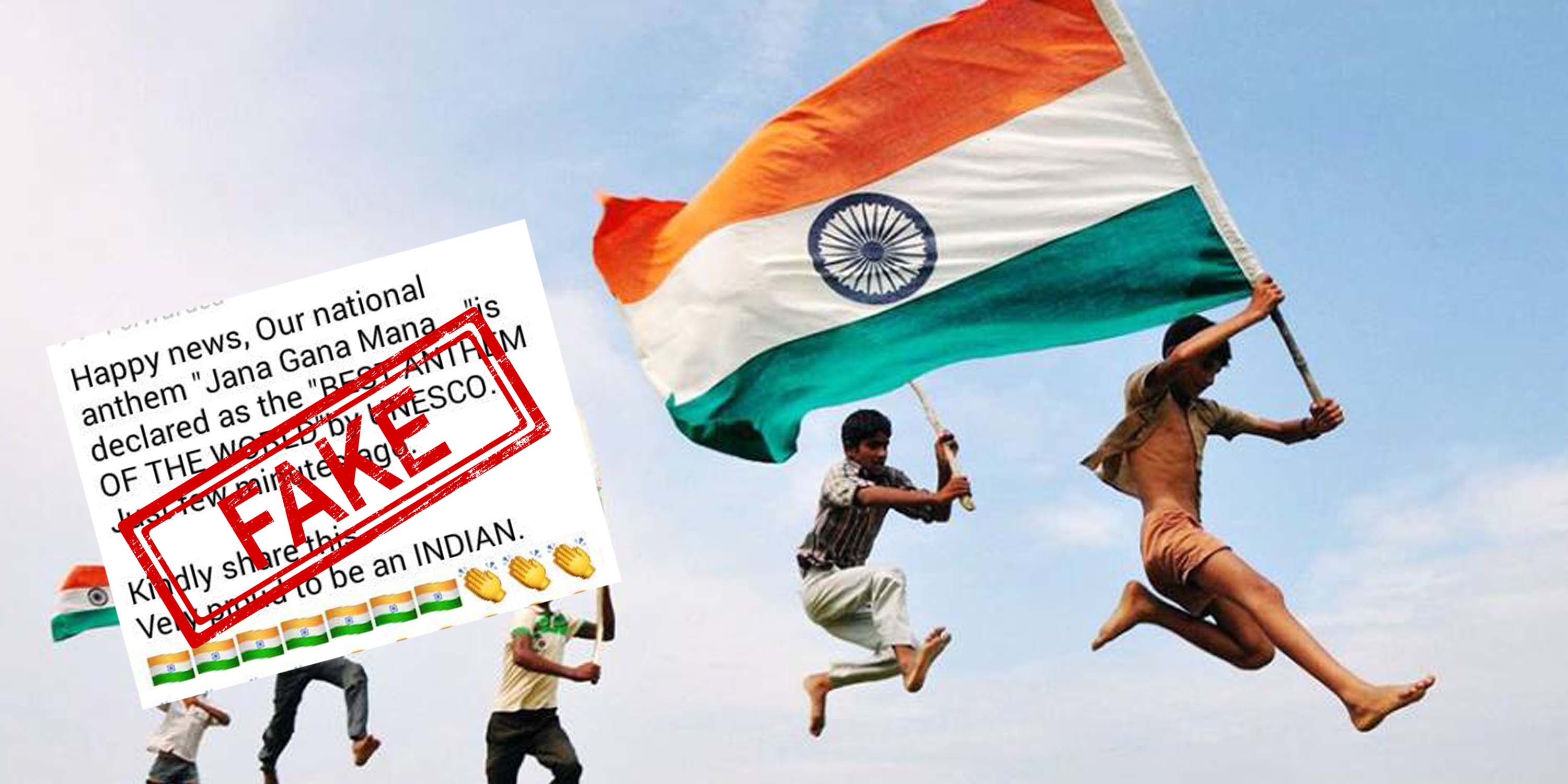 The claim of UNESCO declaring India’s national anthem as the best anthem in the world is not at all new as it was one the most popular forward for a couple of years now. Once again, the same forwarded message made its way through into social media.

The viral message read: “Happy news, Our national anthem “Jana Gana Mama…” is declared as the “BEST ANTHEM OF THE WORLD” by UNESCO. Just a few minutes ago. Kindly share this. Very proud to be an INDIAN”

When we fact-checked the viral claim, we found that it was a hoax.

“We are aware of several blogs in India reporting this story, but can assure you that UNESCO has made no such announcement concerning the anthem of India or any country,” an UNESCO official was quoted in a report.

Hence, the above messge is FAKE.