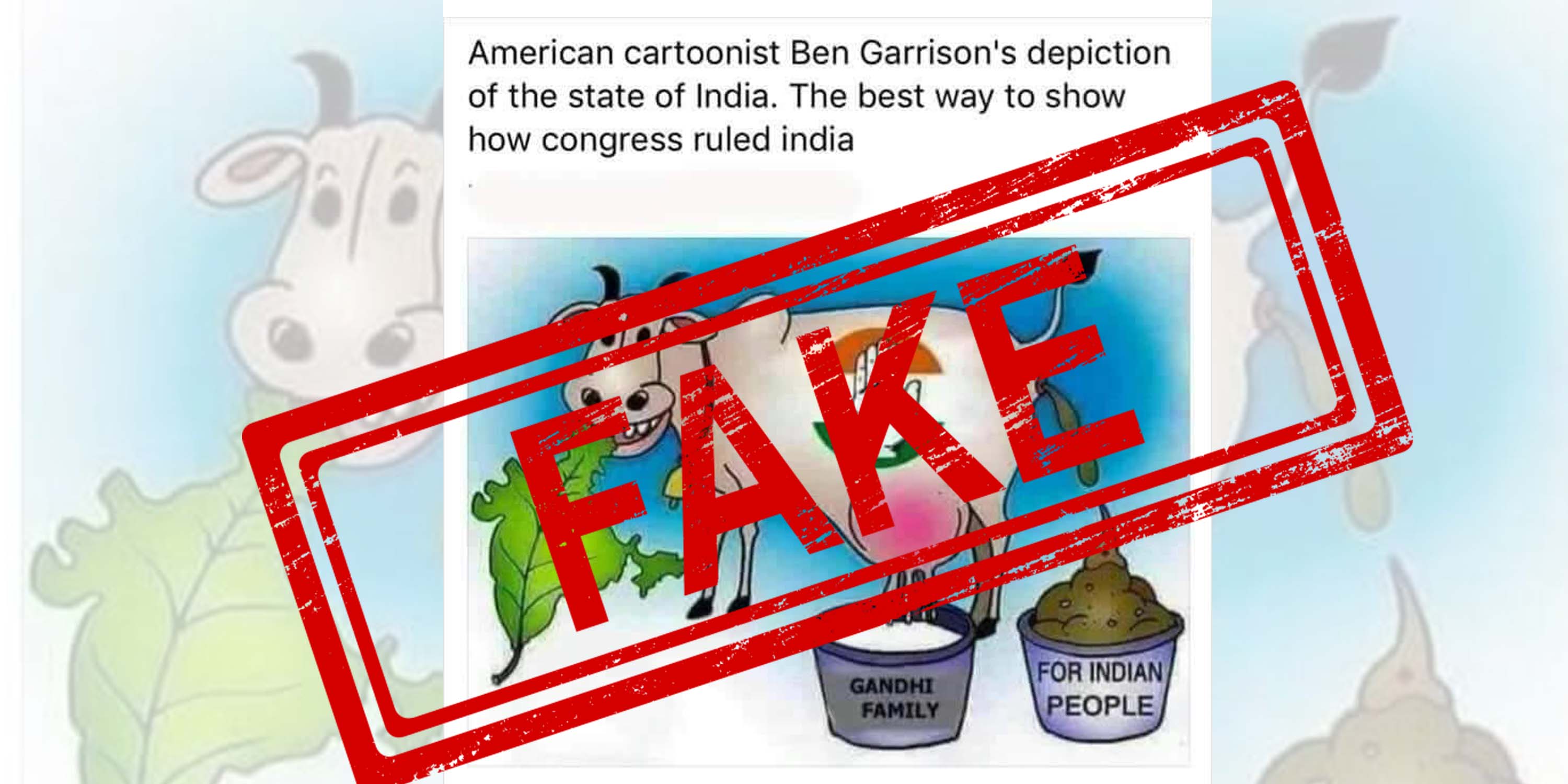 A cartoon has surfaced social media which has a depiction of a cow eating a leaf in the shape of India.

The text on the top of the picture read: “American cartoonist Ben Garrison’s depiction of the state of India. The best way to show how Congress ruled India.” 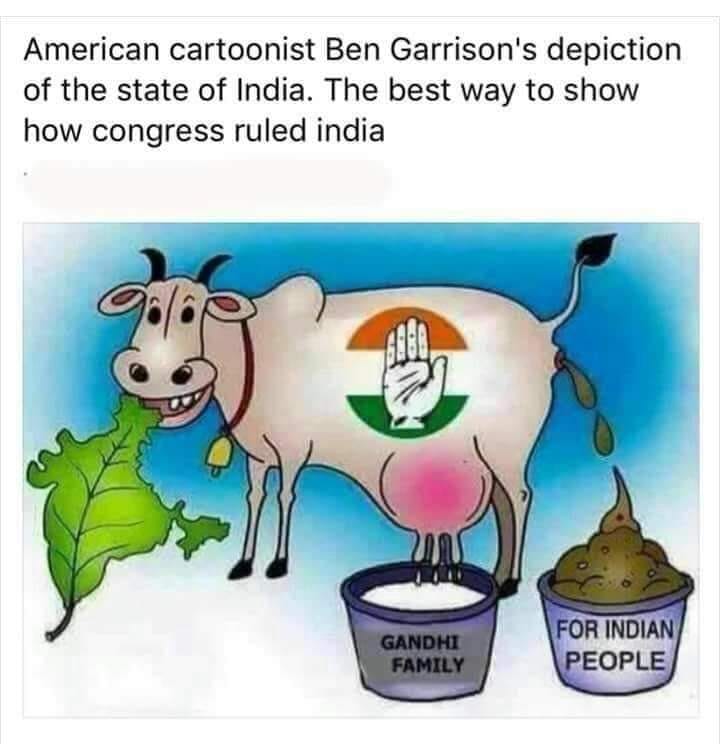 When NewsMobile fact-checked the claims, we found that it was a FAKE cartoon and it was not designed by Ben Garrison.

When we put the image through the Reverse Image Search, we found the original cartoon and it was not at all related to any political party.

Further, American cartoonist Ben Garrison took it to Twitter to clarify that he has not designed any cartoon in Indian context.

Hence, don’t believe the viral cartoon as it is FAKE and claim attached with the cartoon is also false.