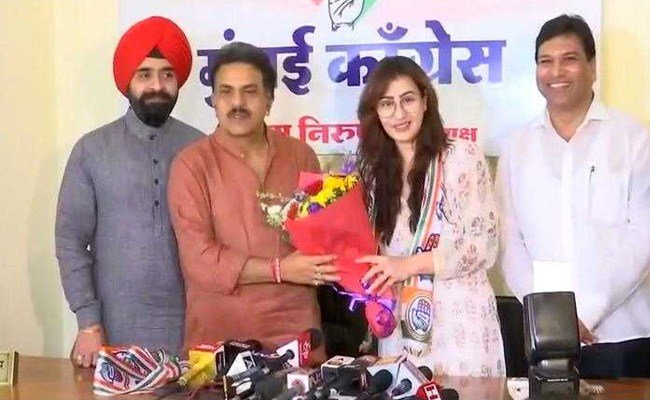 Bigg Boss season 11 winner Shilpa Shinde joined the Congress party on Tuesday. She was inducted into the Congress in the presence of Maharashtra Pradesh Congress Committee President Sanjay Nirupam and other party workers.

Speaking to ANI, the ‘Bhabhiji Ghar Par Hai’ actress said she has joined the party with an intention of helping people, and not for the sake of promotion.

ALSO READ: Didi ends dharna; says it’s a victory for the constitution and…

“Congress doesn’t indulge in casteism and everyone is equal irrespective of their caste or religion,” Shinde added.