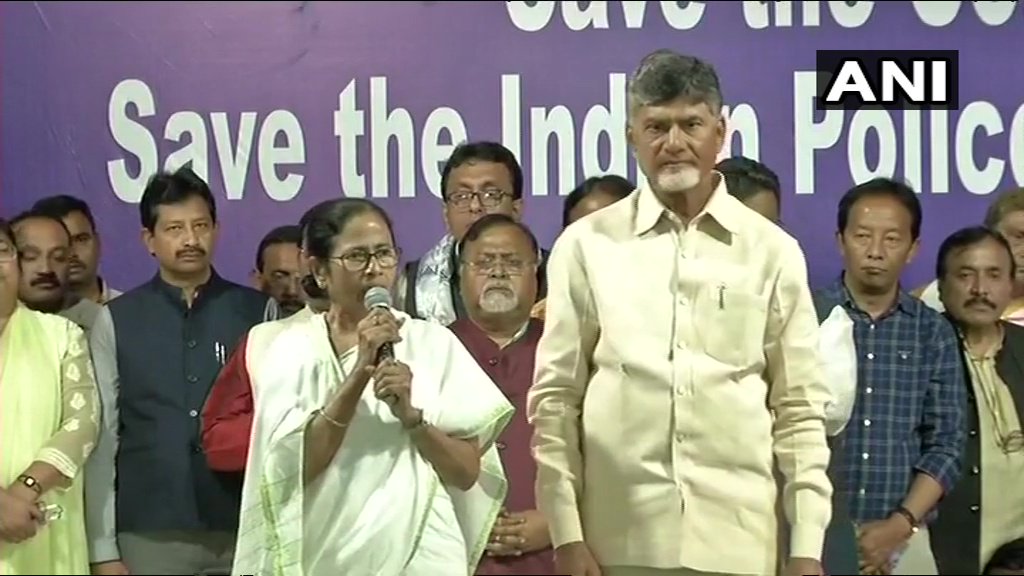 West Bengal CM Mamata Banerjee on Tuesday ended her dharna, which she had started on Sunday night after the CBI’s attempt to arrest Kolkata Police Commissioner Rajeev Kumar.

She said she will take her fight against the central government to Delhi next week.

Addressing a gathering here, Mamata said, “This dharna (Save the Constitution) is a victory for the Constitution and democracy, So, let us end it today. When we started this dharna, we consulted all the political parties and after that they extended their full support.”

Andhra Pradesh chief minister N Chandrababu Naidu, who was present on the occasion, said, “We will not stop here, we will continue it till they stop this harassment. NDA government wants to divide India, we want to unite India.”

The bench, headed by the Chief Justice of India, Ranjan Gogoi, said that Kumar cannot be arrested and that no coercive action will be taken against him.

The court will take up the issue on February 20. Rajeev Kumar will appear before CBI in Shillong, Meghalaya, as a neutral place.

ALSO READ: All you need to know about Mamata Vs CBI showdown

The case was adjourned to 20 February.

The ruckus started after CBI officials showed up at Kolkata police chief Rajeev Kumar’s residence for investigation of two Ponzi schemes, they were temporarily detained by the police.

The BJP leaders have been calling for President’s Rule in the state, at the same time the opposition have their support to Banerjee, uniting against the centre.