New Delhi: In the election season all conversations can stir a buzz, so did some exchanges between the Congress President Rahul Gandhi and senior Minister Nitin Gadkari who were seated together during the Republic Day parade. The two were engrossed in some animated conversation. 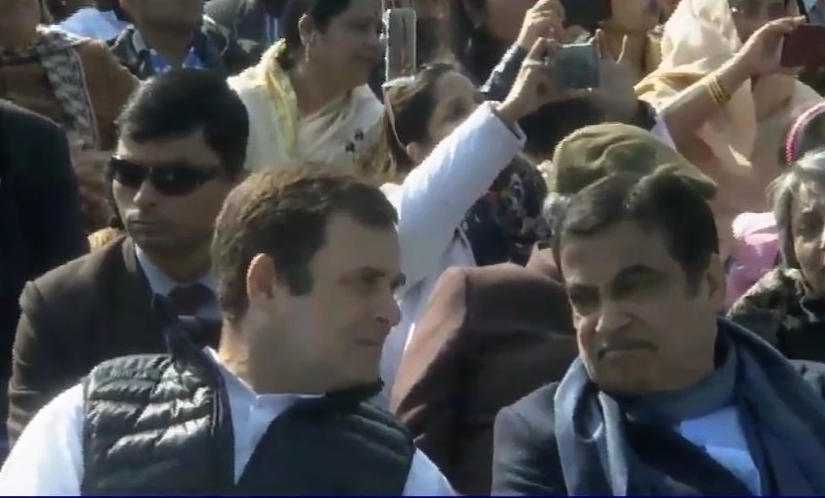 In 2018, a huge controversy was sparked after Congress President was given a seat in the fourth row, next to party leader Ghulam Nabi Azad.

Meanwhile, Gadkari came into the spotlight for his comments that were seen as critical to the government.

At a function last month, he also admitted having a fondness for the speeches of Jawaharlal Nehru, the nation’s first Prime Minister and the great grandfather of Rahul Gandhi. Gadkari had even quoted from one of his speeches, saying half the country’s problems would not exist if individuals did not create them.

Earlier this month, Gadkari called Indira Gandhi a model of women’s empowerment. “Indira Gandhi proved her mettle in her party among other dedicated male leaders. Was it due to the reservation?” Gadkari had asked.

Meanwhile, Sonia Gandhi did not attend the parade.