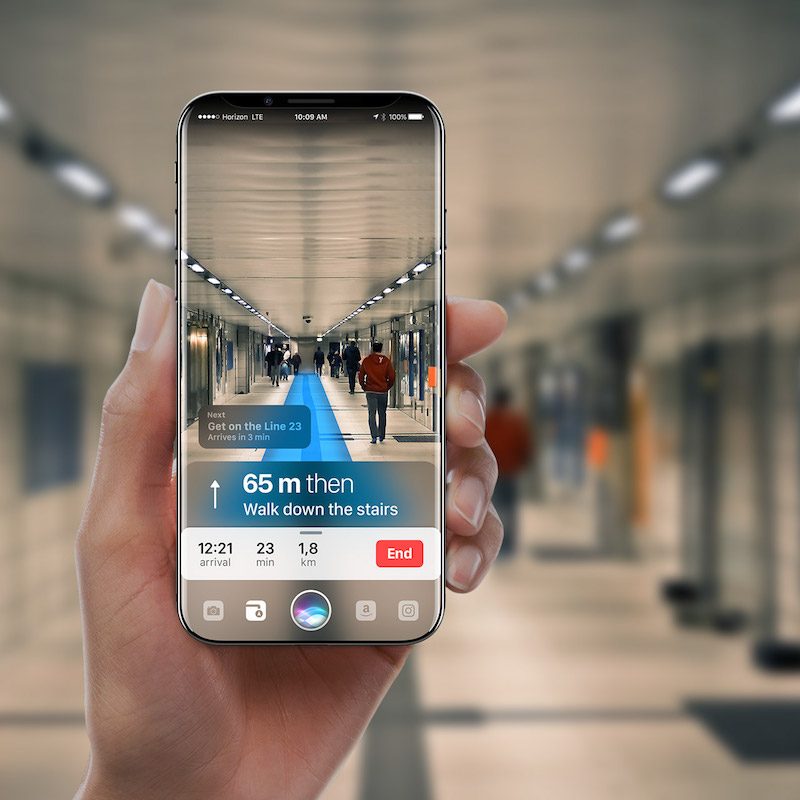 The world’s first trillion dollar company and maker of the iconic iPhone, just bought a small US based tech start up by the name of Akonia, which specializes in optical technology based on holography. This is a key aspect of any Augmented Reality device. AR has been gaining a lot of traction in the the tech world recently. But what exactly is it, and why is the world’s largest tech company interested in it?

AR is an enhanced version of reality where direct or indirect views of the physical real-world environment is augmented over a user’s view of the real-world. Unlike Virtual Reality on tv’s and phones, Augmented reality adds graphics, sounds, haptic feedback and smell to the natural world itself. This has several applications: user’s will be able to use AR to place computer-generated graphics in their field of vision in order to interact with their surroundings.

ALSO READ: Here’s what we can expect from Apple’s next gen iphones

With Apple’s phones becoming more innovative and intuitive with each passing year, an Augmented Reality device could play a vital role in their already futuristic Apple ecosystem. Tim Cook believes AR is going to be the next big thing in technology  “It is a big idea, like the smartphone.” he said. With that in mind, they have already integrated AR into their newest iPhone X- It’s can display virtual objects while using the camera, allowing users to interact with their surroundings. They have even incorporated this tech in some smartphone games.

Analysts expect that Apple will make significant improvements in the upcoming iPhone XS, which releases on September 12.

Reports say that Apple has already been working on creating an AR headset and that it will release sometime in 2020. Akonia could play a vital role in this. It started working on augmented reality lenses in 2016, and since then, has patented several innovative designs and products. Akonia says it specializes in developing wearable lenses that have full color (RGB), are nearly transparent, have a high field of view, and have a reasonable cost. Other features that are crucial for an AR lens are cameras, tracking and GPS, WiFi, Bluetooth and data connectivity, and speakers.

With the Akonia deal, it is clear that Apple wants to redefine Augmented Reality. Google and Microsoft have both given it a shot- Google with their Glass product, which was a complete disaster, and Microsoft with its HoloLens, which is still conceptual. Now, it is time for the big dog to play the game. All eyes will be on them when their AR headset launches 2 years from now!