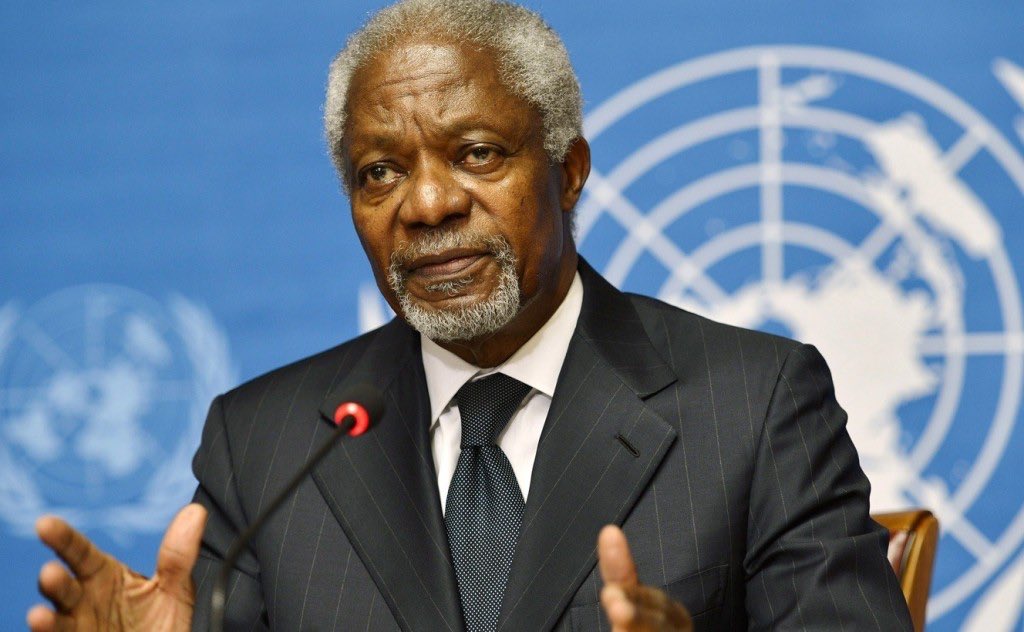 Former UN Secretary-General Kofi Annan passes away at the age of 80 after a short illness. Kofi Annan served as the seventh Chief of UN for almost ten years from 1997 to 2006. He was also awarded the Nobel Peace Prize in 2001.

Kofi Annan’s foundation announced his death on the Twitter page:

It is with immense sadness that the Annan family and the Kofi Annan Foundation announce that Kofi Annan, former Secretary General of the United Nations and Nobel Peace Laureate, passed away peacefully on Saturday 18th August after a short illness… pic.twitter.com/42nGOxmcPZ

He was born in Kumasi, Ghana and was the first secretary general to emerge from the ranks of United Nations staff.