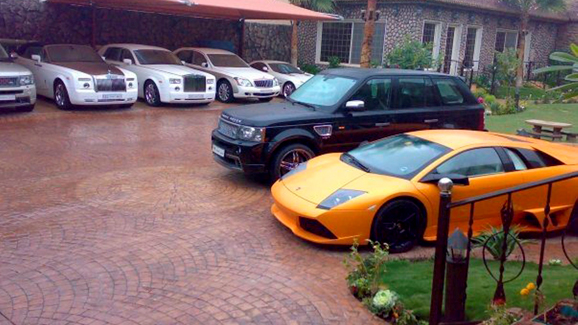 A man was arrested in the National Capital on the charge of stealing around 500 luxury cars in five years, Delhi police said on Friday. Safruddin, a resident of North Delhi and his gang members used to fly in from Hyderabad and return after committing the crime to avoid the arrest.

“A team led by Inspector Neeraj Chaudhary and Sub-Inspector Kuldeep had hailed a car to stop near Gagan Cinema on August 3. The driver, later identified as Safruddin, however sped away but was intercepted after a chase of 50 km at Pragati Maidan and arrested,” Deputy Commissioner of Police Rajesh Deo said.

“Safruddin told police that he had fixed a target of stealing 100 luxury cars in a year in Delhi. Along with accomplice Mohammad Sharik and other gang members, he arrived in Delhi from Hyderabad by air along with a laptop and hi-tech gadgetry to break into the targeted cars’ software, GPS and centralised locking systems,” the officer added. They later took a flight for getting back to Hyderabad.

Safruddin opened fire on police at Vivek Vihar, Delhi on June 5, 2018. In the shootout his gang-members, Noor Mohammad was killed and one Ravi Kuldeep arrested.

The gang sold the vehicles to Punjab, Rajasthan, Uttar Pradesh and other states.