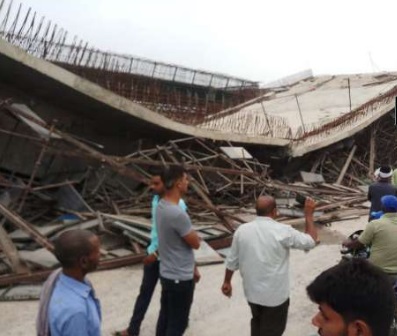 Uttar Pradesh: At least four people were injured after a flyover on NH 28 collapsed in Uttar Pradesh’s Basti on Saturday morning. The incident occured after an overloaded truck hit the flyover. There were no reports of causalities.

Uttar Pradesh chief minister Yogi Adityanath instructed the local administration to initiate relief work. A similar incident took place on May 15, in which 18 people died after an unconstructed flyover collapsed in Varanasi.