India’s second test awaits them at the Mecca of Cricket! | Newsmobile
Wednesday, December 7, 2022

Home Home Slider India’s second test awaits them at the Mecca of Cricket! 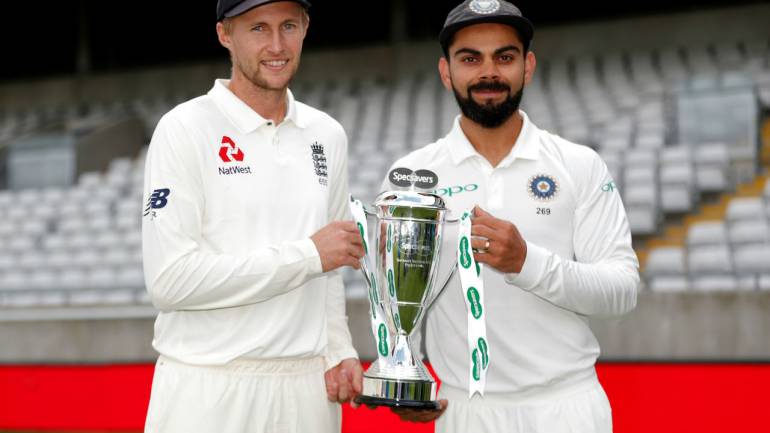 Virat Kohli’s side, which is currently ranked first on the ICC Test Rankings list, will look to make a comeback at Lord’s in the second game of the five match test series, after last week’s narrow defeat against England. In the first test, India fell short just 31 runs, despite Kohli’s beautiful knock of 149 runs.

The second test, which begins on the 9th of August at 15:30 (IST), will be played at the home of cricket, the iconic Lord’s Cricket Ground in London. The forecast for this week is pleasant, with cool weather and sunny days.

ALSO READ: Anushka Sharma trolled for being there in Indian Cricket Team photo

India is looking into playing two spinners on the slightly damp Lord’s pitch. Captain Kohli and Coach Shastri have been toying with the idea of playing their star chinaman spinner, Kuldeep Yadav, who has been absolutely spectacular for India in all formats of the game, along with veteran Ravichandran Ashwin.

They are also looking to include Cheteshwar Pujara as a replacement batsmen after rather dismal performances by KL Rahul, Shikhar Dhawan, and Dinesh Karthik. Pujara, who is especially skilled at wearing out bowlers in the long format, will be a great opener for the Indian team.

Meanwhile, after winning their 1000th test match, the England side is marred by their own problems. Ben Stokes, who played a vital role in England’s win last week, will not be available as the 27 year old is being tried in court for an incident that occured last September in a pub.

The athlete got into a brawl with two men after they threatened to attack his teammate. Stokes absence has paved the way for fast bowler Chris Woakes to play instead. Surrey batsman Ollie Pope will also make his debut in International Test, after replacing low performer Dawid Malan. England too are contemplating bringing in a spinner on the spin friendly Lord’s pitch.

The match is sure to be very exciting, with the English side looking to increase their lead over India, whereas the guests will look to stay in contention.