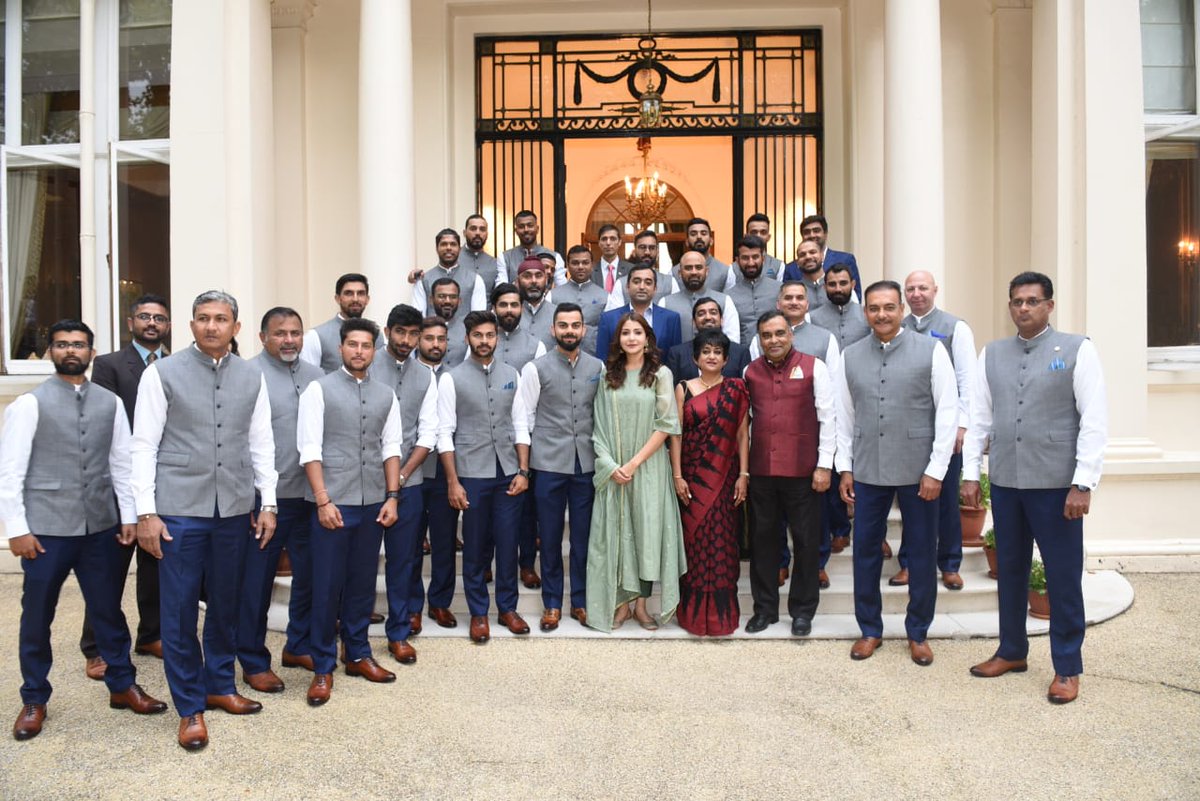 Pari actress Anushka Sharma was highly criticised for being in the photo of the Indian Cricket Team outside the High Commission of India in London. The picture was shared by the official account of BCCI on Twitter on Wednesday.

#TeamIndia members at the High Commission of India in London. pic.twitter.com/tUhaGkSQfe

In this picture, we can see Anushka Sharma standing right beside her husband, Virat Kohli. This comes after BCCI reportedly directed the team to not to be directed by their wife or girlfriends and they would be allowed to stay with them only for two weeks during their tours for 45 days.

The tweet has attracted harsh criticism from fans. “Vice-captain is in the last row and First Lady of Indian cricket is in the front row. These people giving lecture online a few days back,” one person wrote. “So I guess all other members are bachelors,” another person wrote, alluding to the absence of any other player’s partner.

Why @BCCI allows someones wife at official tour…. Please confirm Is your team mens are at work or on honeymoon

Why is Anushka here lmao?
She is at the center while the vice captain is at the end lol whatta joke

No Hard feelings but I heard recently BCCI denied players from having their wives around when on tour in England. WTH is Anushka doing among Indian team?? Rules are meant for Team and captain should lead from front in every aspect. Just saying

News – We apologise for the wrong news , virat and anushka to receive bharat ratna award for virat’s achievement.

Vice captain is in last row and First Lady of Indian cricket is in front row. These people giving lecture online few days back. @AnushkaSharma

When did BCCI declare Anushka as Vice captain ??

C’mon Virat…We know she’s your wife. She is your wife but not your luggage. Stop carrying her everywhere you go. https://t.co/8BuIKalEU9

Anushka has always been with her husband during his matches and many a time she has been clicked while cheering for her husband from the stands.