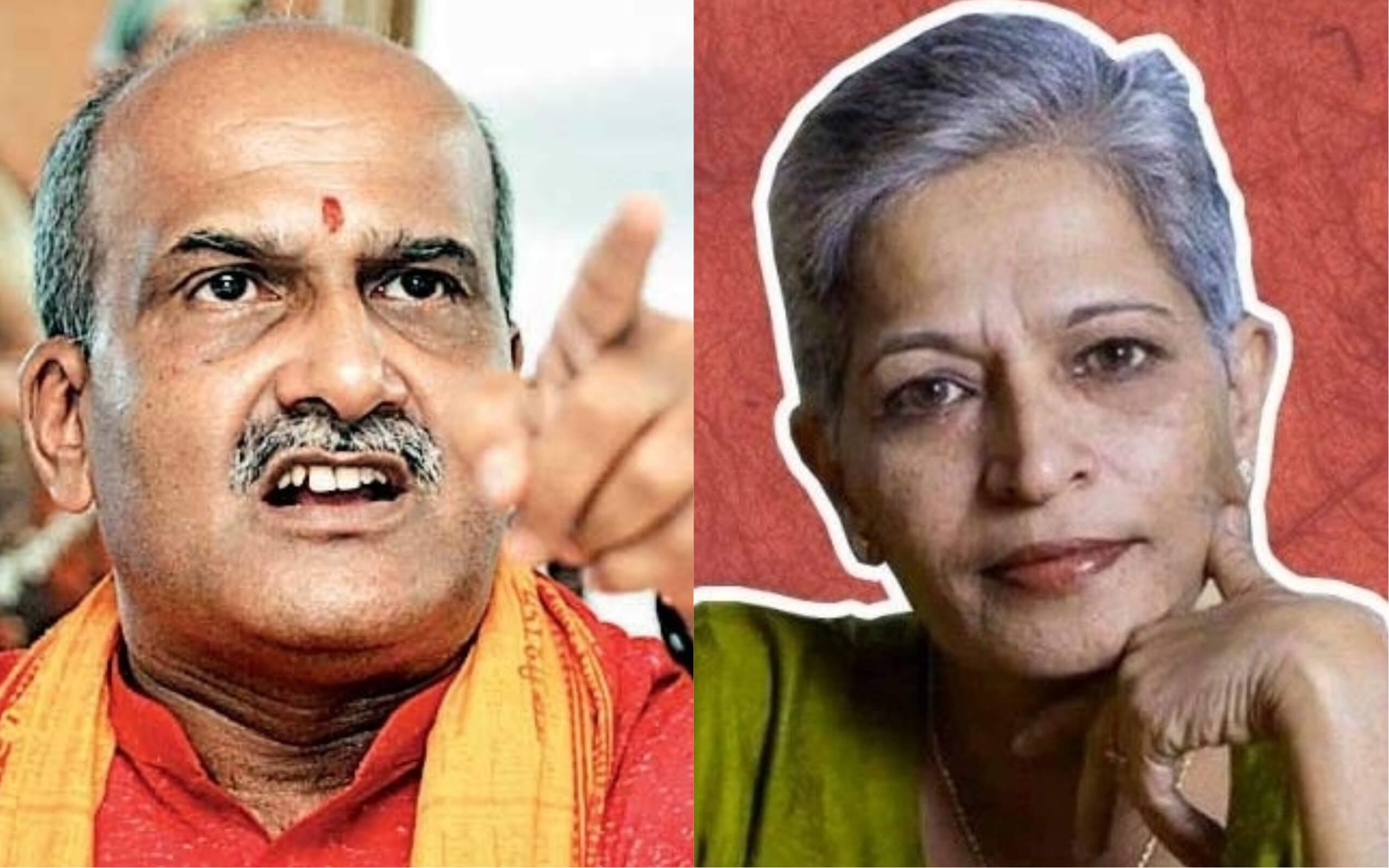 Pramod Muthalik, president of Sri Ram Sene has sparked a controversy after he compared Journalist Gauri Lankesh’s death to a dog’s death. Addressing a gathering in Mumbai on Sunday, he asked the audiences that nobody questioned the deaths of four journalists in both Maharashtra and Karnataka which took place in Congress’ regime.

Further, he once again clarified that Parshuram Waghmare, who is the main accused in Lankesh murder case was not associated with SRS. Earlier, a photograph of Waghmare posing with Muthalik had surfaced, causing massive flak.

“Sri Ram Sena has no connection with Parashuram. I don’t know what has he said before the Special Investigation Team (SIT). There are so many people who click photos with me, just by clicking photos someone will not become an SRS worker,” Muthalik said, according to the reports.

Meanwhile, Karnataka Deputy Chief Minister G. Parameshwara said that charge sheet will be filed once the probe in the murder case is completed. “I do not want to reveal anything as the investigation is going on, any statements of mine shouldn’t affect the investigation. Once the probe is complete charge sheet will be filed and further process of law will take place,” Parameshwara told reporters in Bengaluru.

On June 12, the SIT arrested Waghmare in Karnataka’s Sindhagi city, who is suspected to have killed Lankesh. Furthermore, five persons – K.T. Naveen Kumar alias Hotte Manja, Amol Kale, Manohar Edve, Sujeeth Kumar alias Praveen and Amit Degvekar were arrested in connection with the case. For those unversed, Lankesh was shot dead outside her Bengaluru residence on September 5, 2017.