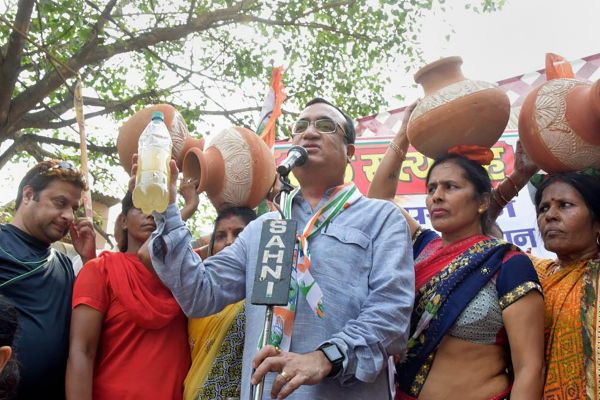 The Congress party on Monday staged a protest against AAP dharna as ‘Jal Satyagraha Protest’. The national capital is facing a lot of water crisis and instead of paying attention to that AAP is on a dharna, getting angry on that Ajay Maken, Congress Senior leader lashed out on the Delhi CM and said that even as Delhi suffers, the Chief Minister continues his protest against Lieutenant Governor.

“People are dying in Delhi due to water shortage. In festivals like Eid, people do not have adequate water”, Maken said. The Congress leader then hit out at Arvind Kejriwal by calling his protest a drama,” Kejriwal is doing drama. They know that they have failed as a government”.

He further attacked the Prime Minister and said,”Even Prime Minister should understand that he is also sitting in Delhi and the current state of national capital is unacceptable”.

There have been multiple complaints, protests and road blockings in Delhi over water problems in the past few weeks. Delhi’s water requirement is 900 million gallons per day, but it is falling short by about 50 MGD since 8 May, according to a senior Delhi Jal Board (DJB) official. In the Meanwhile, Arvind Kejriwal’s sit-in protest has entered its 8th day.