Home Home Slider No one has done more than me to fight terrorism: Trump tells... 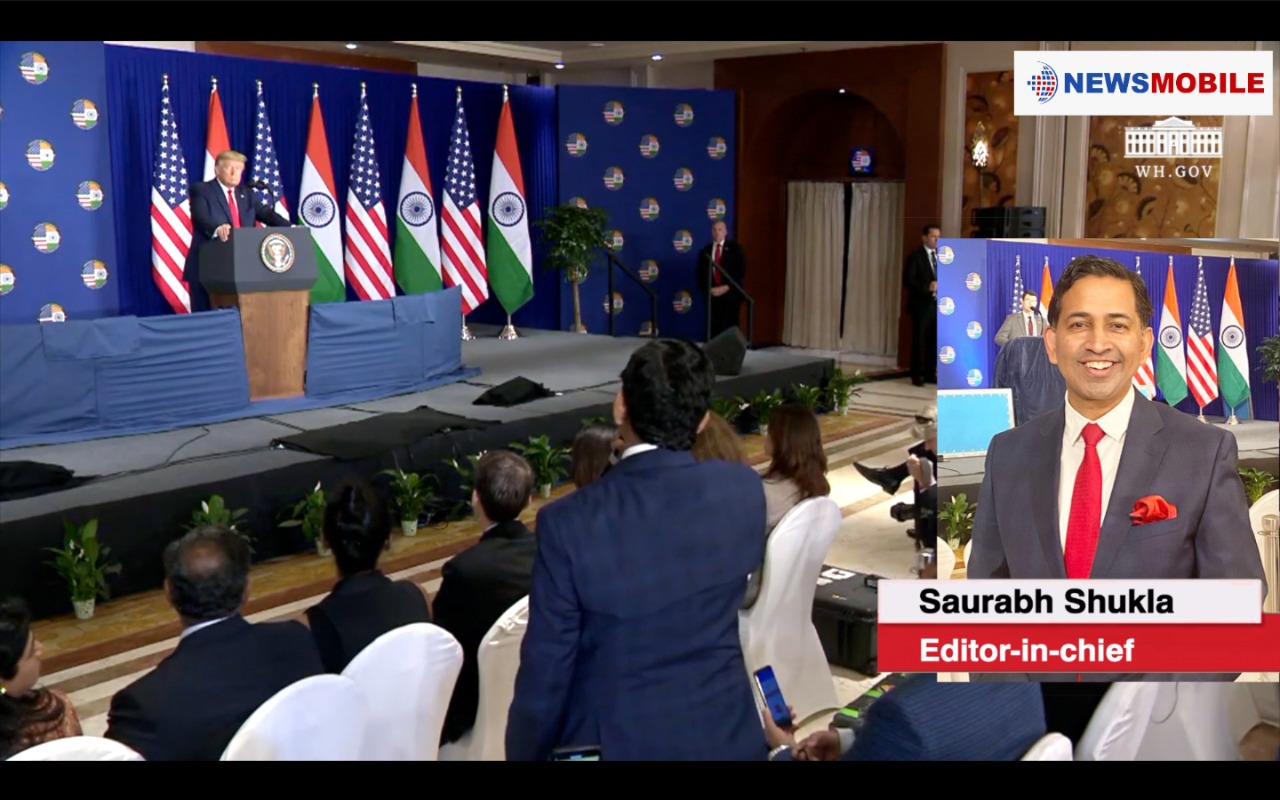 US President Donald Trump underscored his commitment to fighting terrorism and agreed that terrorism from Pakistan poses a threat to democracies like India and the US. Trump was answering a question posed by Saurabh Shukla, Founder and Editor in Chief of NewsMobile.

He said that his administration has done more than others to fight the evil of terrorism and no one else has matched these efforts.

He was asked about ‘Trump Doctrine’ on terrorism and its evolution. It was discussed earlier as when Editor in Chief Saurabh Shukla interviewed him during his Presidential candidate about this matter.

Also Read: We have crushed terrorism, Baghdadi & Soleimani have been killed: President Trump

Here is the transcript of the interaction.

Mr President Namaste, i am Saurabh Shukla, I am Editor in Chief of NewsMobile. If you remember, i interviewed you earlier and I asked you about Trump doctrine. You discussed with Prime Minister Modi about radical Islamic fundamentalism. What is your road map to fight out Islamic terrorism?

I don’t think anyone else has done more than i have on the issue. Check the map of Iraq and Syria and it is all over and had painted a certain colour. I won’t tell you what colour. It was in red and it showed the areas where ISIS was present. Now we have hundreds and thousands of members of the caliphate in prison, guarded by the Kurds and others.

We have asked Europe to take back some of them, but they have don’t yet and they should do that.

We killed Al Baghdadi, a few months ago and now Soleimani is gone and is no more and he was putting bombs all over the place at road sides and other were doing it, but he was the father of this.

You see this those young people with no legs, no arms, the doctors are doing a wonderful job with them.

He thought that these road side bombs were a weapon, we did a huge favour to those who have suffered because of him.

Also, Hamza Bin Laden is gone and he was looking to do damage.

So, no one has done more than I have done.

The world tells us to do it. But others such as Iran should do it. They do not like the ISIS and should fight them

Editor in Chief Saurabh Shukla asked another supplementary question to Trump on the issue of terrorism emanating from Pakistan.

SS- There are some terror groups in Pakistan and they are a concern for those in the region. They pose a danger to the US and other democracies in the region such as India.

Trump- You know there are other countries that can also do this. The US is 8000 miles away. You can do it, we have been doing it for this long, and I have been doing it better than others. Over the past years, what we have done is incredible.

People were’nt believing that we were leaving, they asked us to do 100% and we did it. Some great Generals, who knew what they were doing, we destroyed 100% of the caliphate.

When i came in, the ISIS was all over the place and we destroyed them.