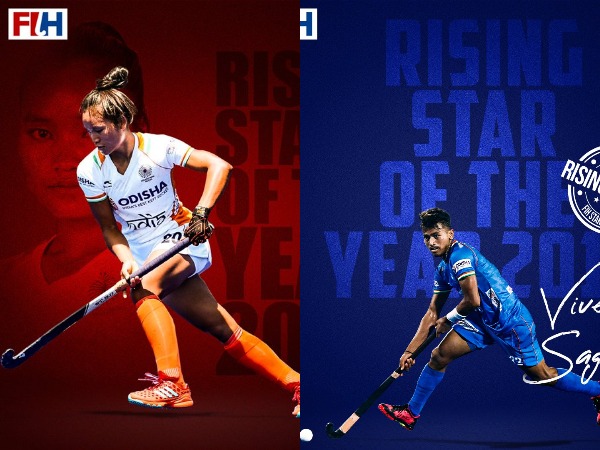 India’s Vivek Sagar and Lalremsiami on Monday in Switzerland were named as the FIH’s Rising Stars of the Year.

Midfielder Vivek won the accolade ahead of Argentina’s Maico Casella and Blake Govers of Australia, who finished second and third respectively.

On the other hand, the 19-year-old Lalremsiami took the prize ahead of Argentina’s Julieta Jankunas and Frederique Matla of the Netherlands, who finished second and third respectively.

When Vivek took to the field in January 2018, he was the second-youngest player ever to represent the India national team, being just 17 at the time. Since then he has appeared for the senior side on nearly 60 occasions.

Indian striker Lalremsiami came into limelight in 2018 after being one of the standout performers at the Hockey Women’s World Cup. Since then the 19-year-old has been at the heart of the rise of the Eves as they have cemented their spot in the world’s top 10 teams over the past two years.

Since making her debut in 2017 in a test series against Belarus, Lalremsiami has made a name for herself as a striker of phenomenal ability.

Twice in her short senior career, she has been top goalscorer – in a test series against Korea in 2017 and against Spain in 2019.