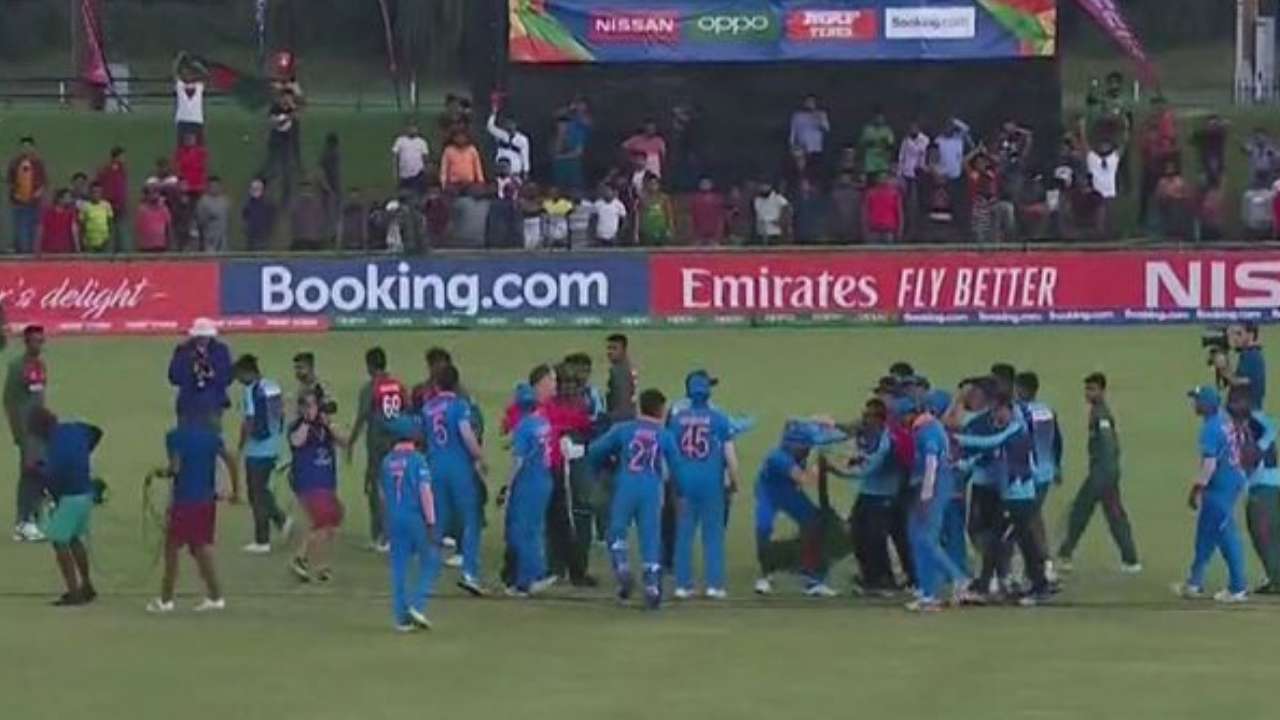 The final of the U19 World Cup ended on a shocking note as Bangladesh and India teams engaged in a spat after which the latter’s skipper, Priyam Garg, termed the opponent’s reaction as ‘dirty’.

Bangladesh defeated India by three wickets (DLS method) in the final of the tournament to lift their maiden title here at Senwes Park on Sunday. After the match, both the teams engaged in an exchange of words and even some pushing.

Shameful end to a wonderful game of cricket. #U19CWCFinal pic.twitter.com/b9fQcmpqbJ

“We were easy. We think it’s part and parcel of the game – you win some and you lose some. But their reaction was dirty. I think it shouldn’t have happened. But it’s okay,” Garg was quoted by ESPN as saying.

The winning team’s captain Akbar Ali also stated that the incident should not have had happened and apologised for it.

“What happened, it should not [have] happened. I don’t know what exactly happened. I didn’t ask what was going on. But, you know, in the final, emotion can come out, and sometimes the boys were getting pumped, and emotions were coming through,” Ali said.

“As a youngster, it shouldn’t happen. In any position, in any manner, we have to show the respect to the opponent, we should have respect for the game. Cricket is known for being a gentleman’s game. So I’ll say, I’ll be sorry for my team,” he added.