Home Auto MG unveils the ZS EV in India- Here’s all you need to... 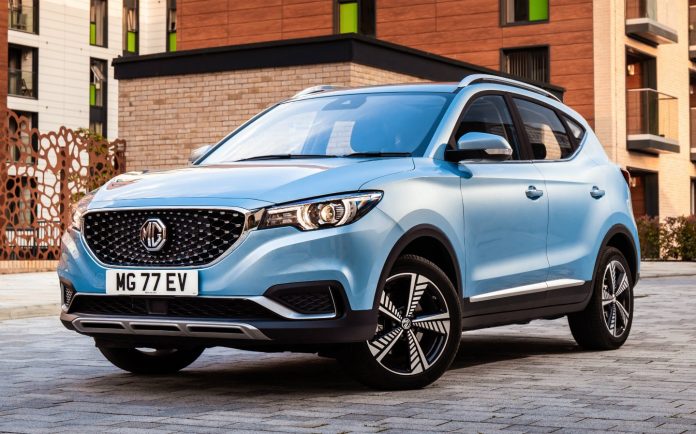 MG Motor India finally unveiled its first and much anticipated ZS EV in India this week. The company is keeping up with the changing trends of the Indian auto industry as this debut is only the second offering from the British automaker just months after the company entered the Indian market this year.

The world is too big for us to change it alone. But you can start by changing your world. Switch to an electric car, and inspire many to do the same. Presenting the all-new MG ZS EV, India’s first pure electric internet SUV. #ChangeWhatYouCan pic.twitter.com/5F0wYNFA0I

The MG ZS EV is a compact SUV and the dimensions make it very clear how compact it is. It’s not a subcompact SUV, but to give you a perspective of where it stands, it is longer than the Hyundai Creta, but shorter than the MG Hector. It is 4314 mm long, 1809 mm wide and stands 1620 mm tall while the wheelbase is 2579 mm.

The looks of it give an impression of a crossover more than an SUV and it sports a wide chrome stud grille flanked by projector headlamps. The profile is simple and the muscles over the wheel arches are what give the car that sporty look. The rear gets LED taillamps below the raked windscreen and the license plate area has been moved down to the bumper, so the rear does look a bit understated, though it looks good on the car and goes well with the overall proportions.

On the inside, the cabin of the ZS EV looks neat and clutter-free balanced contouring on the dash and few buttons on the central console. The cabin is finished in black and there are silver inserts on the dash, door pads and circular air-con vents on both ends add to the premium feel.

The MG ZS EV gets an 8.0-inch touchscreen infotainment system with Apple Carplay and Android Auto. There’s a flat-bottomed steering wheel, USB mobile charging at the front and rear, bluetooth functionality and even a rear-view camera. MG Motor India offers a panoramic sunroof on the car and it’s standard. The MG ZS EV is also equipped with I Smart EV 2.0 connected car technology which makes it a connected car. The MG ZS EV comes with a PM 2.5 air filter which can bring bad air quality level of up to 300 AQI down to regular levels in just 35 mins (guess the car will be a hit in Delhi!). 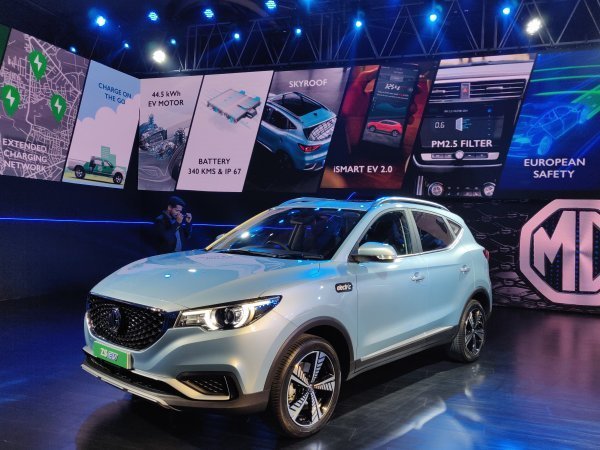 Coming to the powertrain, the MG ZS EV gets a 44.5 kWh battery pack that promises a range of 340 km on a single charge. The lithium-ion unit can be charged up to 80% in 40 minutes with a 50 kW DC charger, or takes up to seven hours with a standard 7.4 kW charger. The company will provide a 7.4 kWh charger in all of the ZS EV cars. The battery-powered synchronous motor can develop 141 bhp and 353 Nm of peak torque and it will also get over-the-air (OTA) technology.

The car is capable of a 0-100 kmph sprint in about 8 seconds. The battery system used in the new ZS EV is IP67 certified making it water and dust proof. The company says that it has tested the ZS EV in India for over 1 lakh kilometres.

The company provides an on board charging cable for 15 amp plugs. For home/office charging, the company provides a 7.4 kW home charger with every ZS. There are of course DC super fast chargers at select MG dealerships and the company is setting up a charging network throughout the country. There’s also the option of Charge on the go, which is a roadside assistance in partnership with Allianz.

MG Motor has also partnered with Fortum India to set up a 50 kW DC fast charging infrastructure at the locations the ZS EV will be on sale. Fortum has already installed 50 KW CCS/CHAdeMO DC fast Public Charging Stations for Electric Vehicles across MG’s showrooms in 5 cities including Delhi NCR, Hyderabad, Mumbai, Bengaluru and Ahmedabad. Over the next 5 years Fortum plans to have 1 charging facility every 5 km in major metro cities and every 25 km on the highways 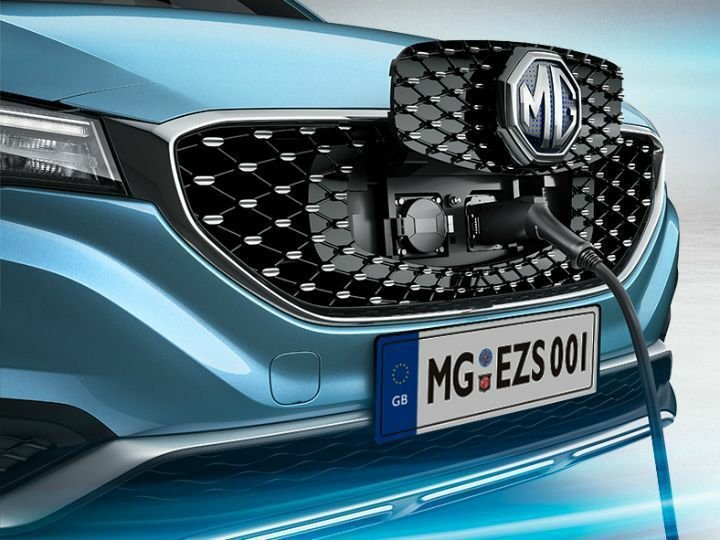 The company has also partnered with Exicom Tele-Systems for second-life use of ZS EV batteries. Under the partnership, Exicom plans to re-deploy MG ZS EV batteries at the end of their life with the car and put them through a controlled process of evaluation, disassembly, and repackaging to design custom battery packs for non-automotive applications. The company also announced its association with Umicore to explore opportunities in safe and sustainable recycling of end-of-life batteries for electric vehicles

The company will be assembling the electric car at its Halol plant in Gujarat, owing to which the car is expected to be priced on a higher rung and it will compete with the likes of the Hyundai Kona when prices are announced in January 2020.