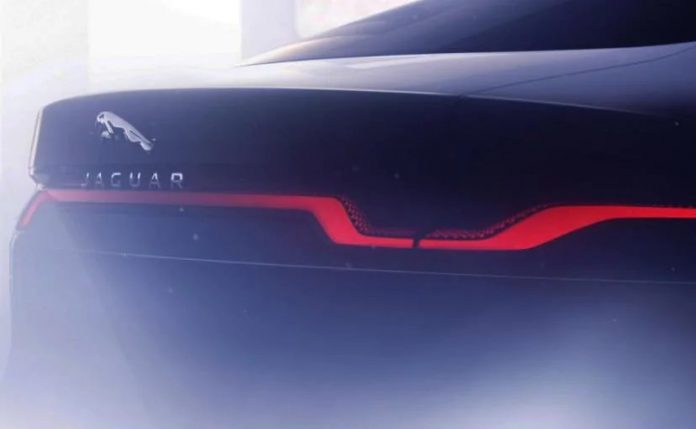 The Jaguar XJ will be marking the 50th anniversary of the first XJ and is slated to be lauched by early 2020. The company will look to take on Tesla’s Model S once the Jaguar XJ is tuned with an electric motor.

The only picture out till now is the one with the tail lamps and it looks like an LED unit running across the rear which looks very futuristic. The teaser image does give off an impression that the new XJ will get a sharper XF-inspired bootlid, and there’s the centrally-mounted badge with ‘Jaguar’ lettering, too.

Codenamed Road Rover, the new generation Jaguar XJ will also get cosmetic changes along with the electric motor. Reports suggest that the XJ will be turned in to a five-door sedan instead of the current 4-door body.

With the new generation Jaguar XJ, the company hopes to give a tough competition to Mercedes-Benz S-Class, BMW 7 Series, Lexus LS, and Audi A8.

While Mercedes-Benz, BMW and Lexus also offer hybrid versions of the above mentioned models, Audi will soon launch the E-Tron.