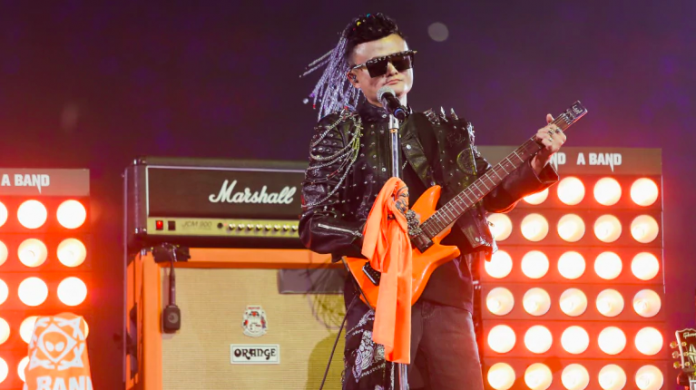 A tearful Jack Ma formally left Alibaba on Tuesday, donning a guitar and a rock star wig at an event for thousands of employees of the e-commerce giant he founded in a small shared apartment in China.

During a four hour celebration in an 80,000-capacity stadium, he delivered his promise to hand over to CEO Daniel Zhang.

There were costumed performers, some dancing to dubstep music and dressed in traditional Chinese dress, and singers paid tribute to Ma’s reputation for dressing up and performing at big events, entering to a parade of floats representing Alibaba divisions.

“After tonight I will start a new life. I do believe the world is good, there are so many opportunities, and I love excitement so much, which is why I will retire early,” Ma told guests and employees.

Jack Ma’s performances at Alibaba’s annual parties are among the most-anticipated acts of the night. And when Daniel Zhang joins in, that just makes it extra special. Check out their version of “You Raise Me Up” at the company’s 20th anniversary celebration. pic.twitter.com/IFMR6v059I

Ma was spotted at one point welling up with tears as staff put on skits and sang songs, prompting the topic “Jack Ma has cried” to trend on Chinese social media platform Weibo.

The former English teacher co-founded Alibaba in 1999 and it has become one of the world’s biggest e-commerce giants.