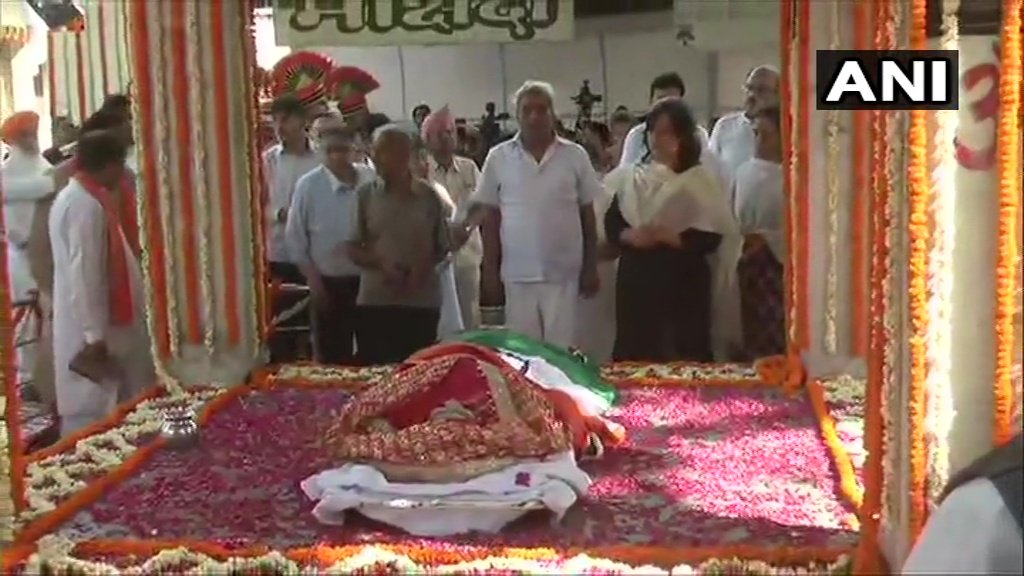 The 67-year-old leader was admitted to the hospital after suffering a heart attack. Swaraj had opted out of the Lok Sabha elections citing health reasons.

She was appointed the External Affairs Minister in the first term of Modi government in 2014. During her tenure, the Bharatiya Janta Party leader was extremely active and popular on Twitter for reaching out to the Indian diaspora in distress.

After her demise, BJP working president J P Nadda said, “Around 12 pm tomorrow, her mortal remains will be brought to BJP headquarters. At 3 pm she will be taken to Lodhi road crematorium, where her last rites will be performed with full state honours.”

Barely three hours before she died, Swaraj had thanked PM Modi for the Centre’s move on Jammu and Kashmir.

She once also tweeted, “Even if you are stuck on the Mars, Indian Embassy there will help you.” 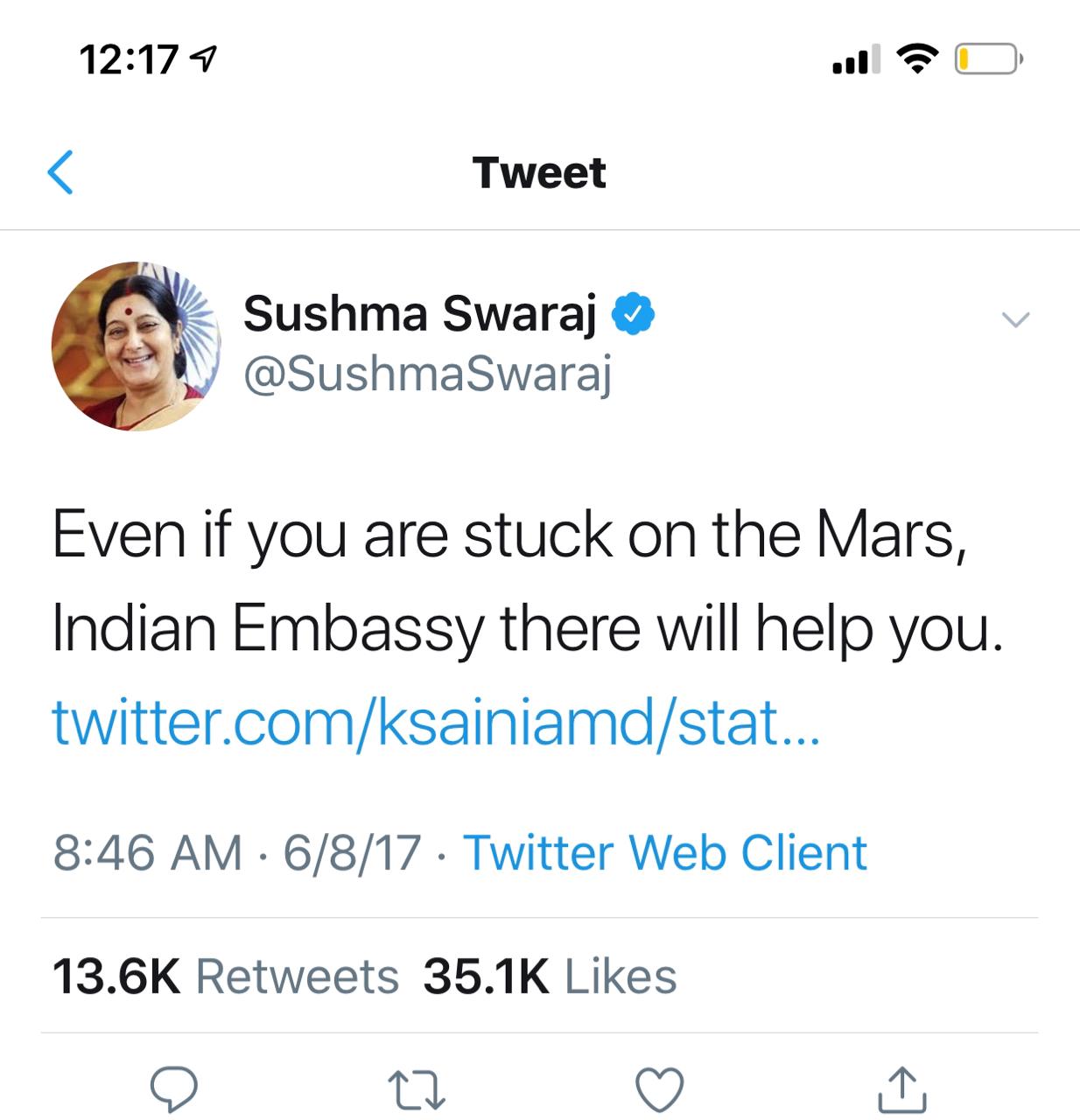