Home Sports NBA Finals Game 5: Warriors refuse to go down without a fight,... 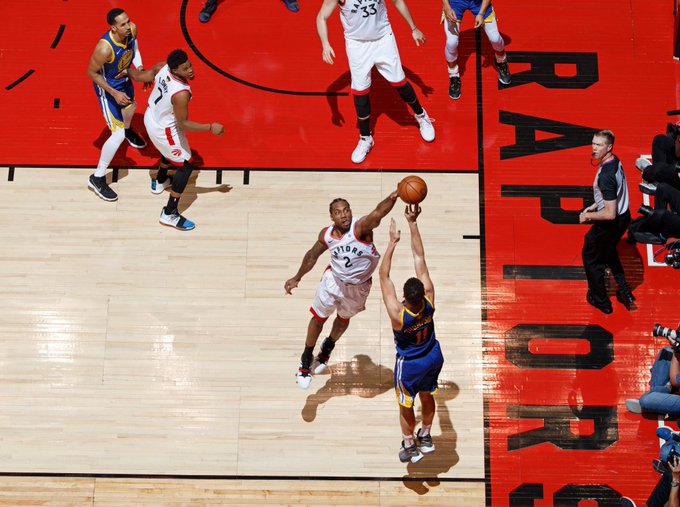 The Warriors defeated the Raptors, forced Game 6 of the NBA Finals on Tuesday with a 106-105 Game 5 win at Scotiabank Arena in Toronto.

Steph Curry led Golden State in scoring on Monday with 31 points. Klay Thompson added 26 points, including a crucial triple to take a 106-103 lead with under a minute remaining.

Steph ties it… and Klay put the @warriors on top!#StrengthInNumbers 106#WeTheNorth 105

Monday night marked Kevin Durant’s return the floor after missing nine consecutive games with a calf injury. But Durant exited in the second quarter after re-injuring his right leg, leaving Scotiabank Arena in the third quarter.

The @warriors outlast Toronto in a fantastic finish to Game 5 of the #NBAFinals presented by @YouTubeTV! #StrengthInNumbers

Kawhi Leonard led the Raptors with 26 points, including 12 rebounds and six assists. Toronto held a 103-97 lead with 3:28 remaining, but lost the lead on Thompson’s triple.

Game 6 is scheduled on June 14 in Oracle Arena.