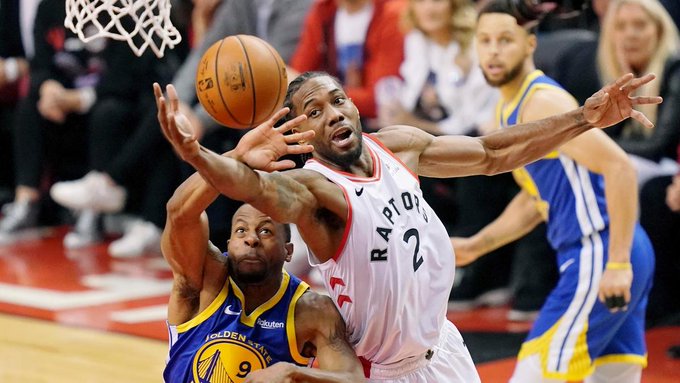 The Toronto Raptors are just one victory away from winning the NBA Finals after beating the Golden State Warriors. The Raptors won Game 4 105-92 at Oracle Arena in Oakland, Calif, on Friday.

Kawhi Leonard led scoring for the Raptors and got 36 points. Serge Ibaka and Pascal Siakam got 20 and 19 points, respectively.

“I thought we played really tough tonight,” Raptors coach Nick Nurse said. “We were taking a lot of punches early and we just kept standing in there and playing. Then we were kind of able to exert our will in the second half.”

Klay Thompson, who sat out Game 3 with a hamstring injury, had 28 points to top the two-time defending champion Warriors, who are making their fifth consecutive finals appearance. Stephen Curry, who had a playoff career-high 47 points on Wednesday, scored 27.

“They’re a great team and it’s the NBA Finals,” Thompson said. “Everyone knows their role. They’ve got a lot of experience, guys who have been here before.”

Game 5 is surely going to be a game of pressure, a nail-biting one–Especially for Raptors who have entered the finals for the first time in the franchise history.