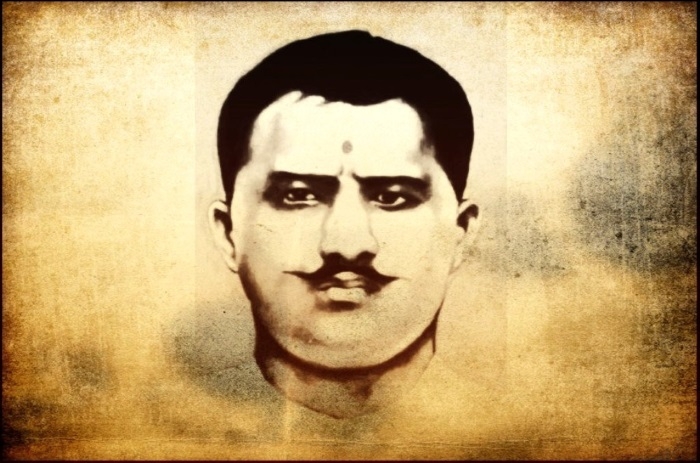 Today, the 11th of June marks the 122nd birth anniversary of one of India’s most beloved freedom fighters, Ram Prasad Bismil.

ALSO READ: All animals in Haryana to be ‘legal persons’, orders High Court

After participating in the Manipuri conspiracy of 1918 and the Kakori conspiracy of 1925, he fought against British imperialism and was associated with Arya Samaj. Along with being a freedom fighter, he was a patriotic poet and wrote in Hindi and Urdu using the pen names Ram, Agyat and Bismil.

The emotive poet became famous with the name ‘Bismil’ itself.

Here are a few interesting facts about the revolutionary.

1. He was the founding member of ‘Hindustan Republican Association’ which had popular revolutionary members like Chandrashekhar Azad, Ashfaqullah Khan and Bhagat Singh.

2. The practice of brahmacharya inspired him a lot and he became an ardent follower of it.

3. He wrote an autobiography while he was in Gorakhpur prison. He completed it just two days before he was executed. It was published by renowned journalist Ganesh Shankar Vidyarthi in 1928.

4. Bismil wrote a number of Hindi poems– most of them patriotic. His love for his country, India, and his revolutionary spirit that always wanted the freedom of India from the hand of colonial rulers, even at the cost of his own life, were his chief inspirations while penning patriotic poems.

5. On 19th December 1997, a commemorative postal stamp was issued by the government of India on Bismil’s birth centenary year.