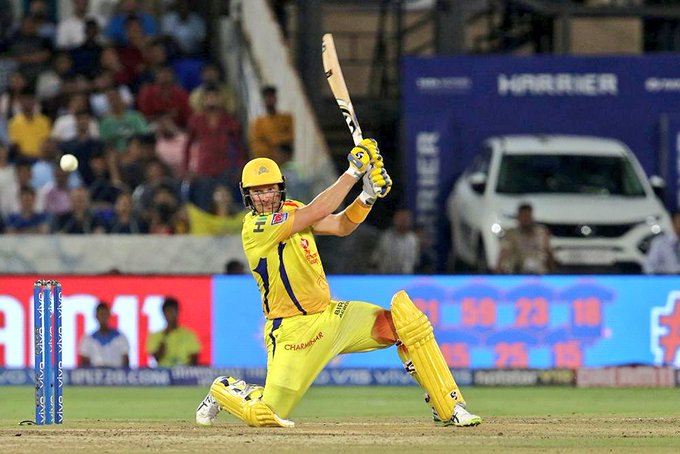 Following a nail-biting IPL final on Sunday, Harbhajan Singh on Monday revealed Chennai Super Kings opener had batted with a knee injury during his 59-ball 80 in the tense final against Mumbai Indians in Hyderabad.

“Can you guys see the blood on his knee…He got 6 stitches after the game… Got injured while diving but continue to bat without telling anyone”, he put up a picture of Watson batting with a blood stained knee on his story with this caption. 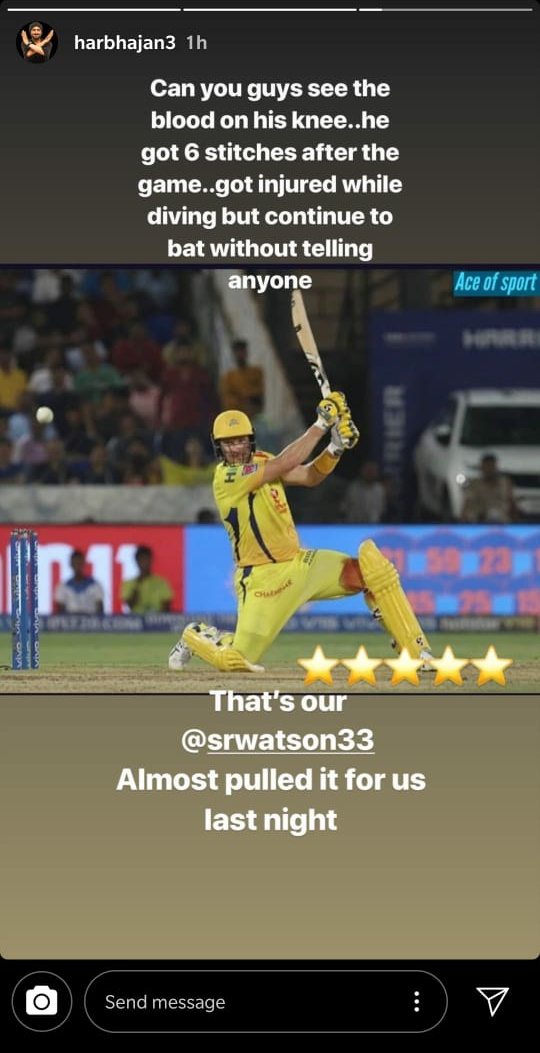 The three-time champions wrote: “The emotions that all the #yellove hearts are going through makes us #believe in one thing! Watto’s knee cap is our cup!”

The emotions that all the #yellove hearts are going through makes us #believe in one thing! Watto’s knee cap is our cup! 🏆🦁💛 #WhistlePodu4Ever @ShaneRWatson33 #WhistlePodu

Shane Watson, who has made it a habit to go big in tournament finals, was at it again on Sunday as he smashed 80 from just 59 balls in Chennai Super Kings’ chase of 150.

Watson was dropped thrice during the course of his knock in the IPL 2019 final but he made use of the extra opportunities that came his way and single-handedly took Chennai Super Kings close to the finish line.

Watson, 37, was running between the wickets well and hitting sixes at will but was run out when he tried to steal an extra run in the final over in which Lasith Malinga successfully defended 9 runs for Mumbai Indians.

“WHAT DEDICATION?! THIS IS GOD LEVEL! You are one of a kind, champ!” CSK had tweeted earlier.

Mumbai Indians finished with a 149/8 while Chennai Super Kings lost by one run finishing with a 148/7.