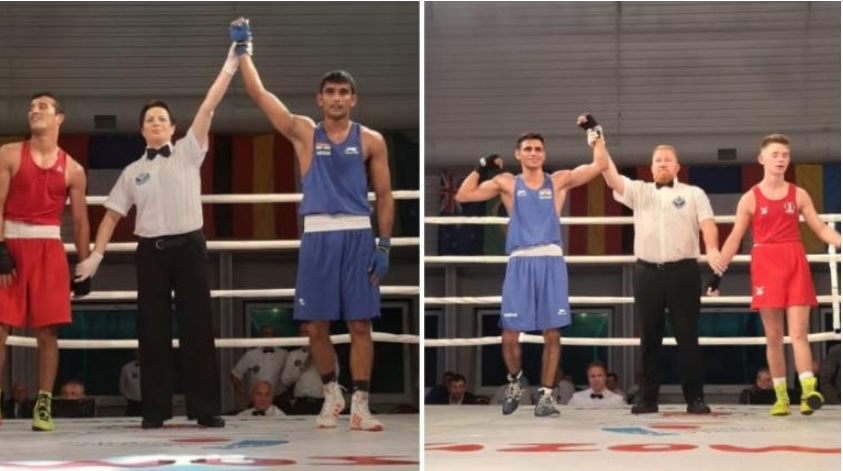 Gaurav Solanki and Manish Kaushik won a gold medal each in the XXXVI Feliks Stamm International Boxing Tournament in Warsaw, Poland on Saturday and with this win Indian boxers collected a rich haul of two gold, one silver, and three bronze after the conclusion of the tournament.

The 22-year-old Solanki was seen in impeccable form as he outclassed England’s William Cawley 5-0 on his way to the coveted yellow metal.

On the other hand, Kaushik too exhibited the confidence that he had displayed last year to grab the India Open gold and the Commonwealth Games silver. He defeated Morocco’s Mohamed Hamout 4-1.

The only disappointment for the Indian contingent on the final day of this European tournament was the result of Mohammed Hussamuddin.

Hussamuddin (56kg), who started the 2019 season with a silver from the Gee Bee Boxing tournament, had to remain content with yet another silver finish following a 1-4 defeat to Russia’s Mukhammad Shekhov despite producing a strong show throughout the bout.

Besides them, three Indian pugilists had to settle for the bronze after losing their respective semi-final contests.

In 69kg, 2014 Commonwealth Games silver medallist and Arjuna awardee, Mandeep Jangra went down 0-5 to Russia’s Vadim Musaev while in 91kg, Sanjeet too lost to David Nyika of New Zealand by an identical score.

In 64kg category, Ankit Khatana gave his all but was edged 2-3 by Damian Durkacz of Poland in a tight semi-final clash.