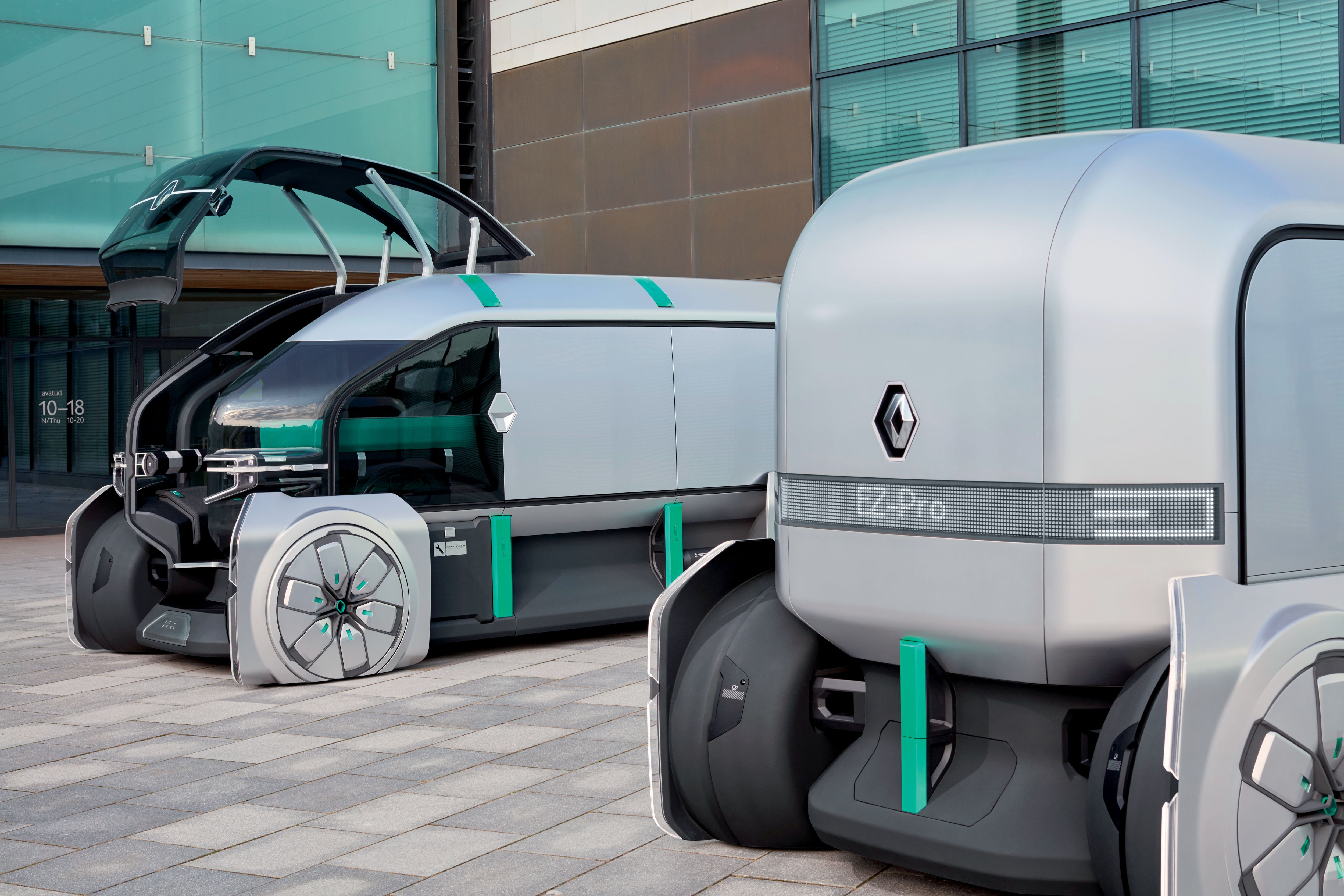 French car maker Renault has unveiled its new concept EZ-PRO at the IAA Commercial Vehicle Show in Hannover, Germany. It is aimed at replacing large vans and medium-heavy segment trucks in urban areas. The concept presents a series of electric autonomous pods that can be customized to deliver a wide range of goods and services in congested areas.

ALSO READ: Skoda’s special edition of Rapid has a tag of Rs. 9.75 lakh

The automaker says the concept showcases last-mile delivery services as one of the biggest opportunities as e-commerce continues to boom in most markets. The retailers aim at reducing delivery costs and cities are trying to reduce traffic congestion which makes the concept a useful innovation for future urban delivery systems.

The Renault EZ-PRO concept consists of an autonomous leader pod and driverless robo-pods that follow the ‘leader’, much like a train but without any physical links. The pods can also move independently and can be customized according to the what the customer needs. 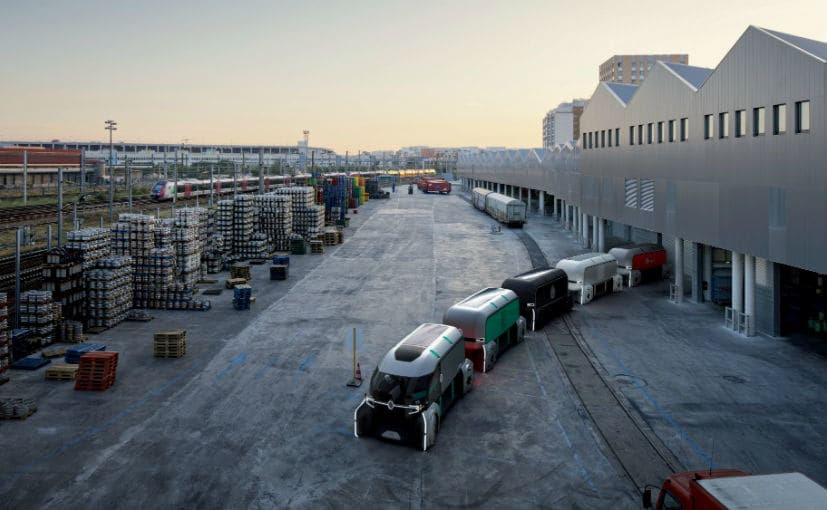 The pods can break away and travel independently to make an independent delivery as well, with customers accessing the lockers for a self-delivery checkout option. One can also experience a smoother delivery with the real-time tracking option through mobile with alert services. 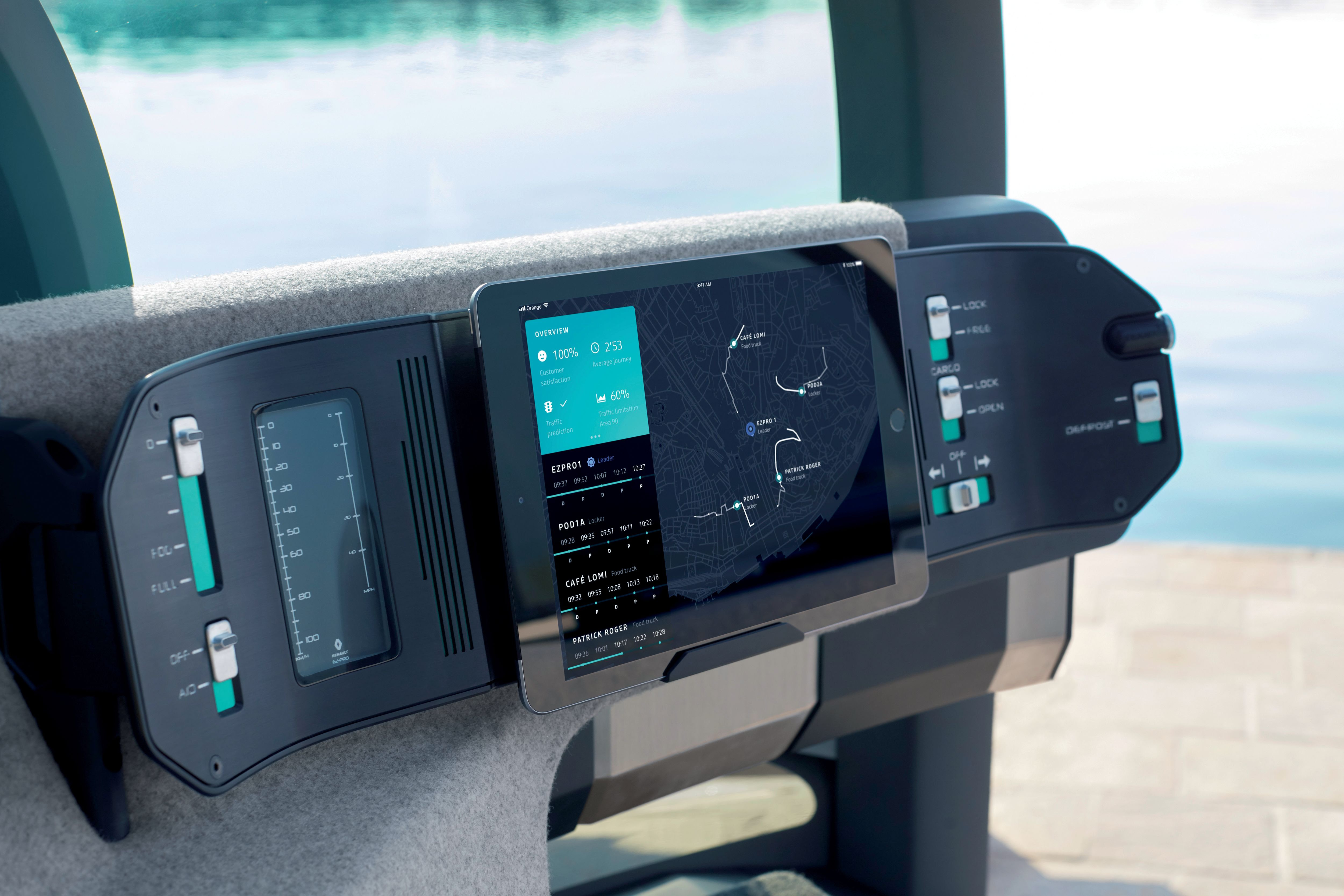 The huge, grey ‘robo- vehicle’ moving on square-looking wheels is estimated to hit the roads around 2030 and Renault also plans to equip some of its passenger vehicles with autonomous features starting in 2020.