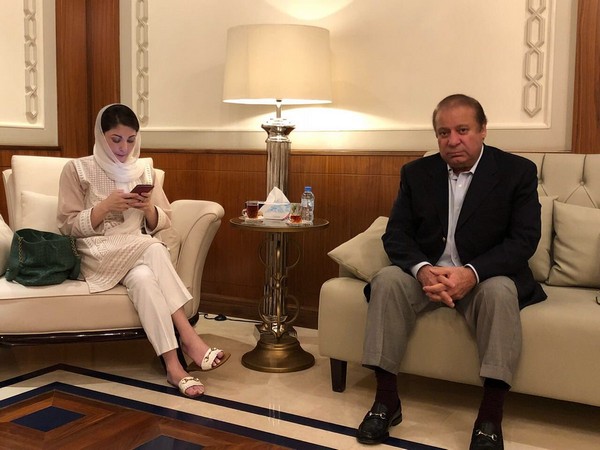 The beleaguered former Pakistani Prime Minister, Nawaz Sharif, who is lodged in Rawalpindi’s Adiala jail after surrendering in the Avenfield Corruption case is languishing in sub-standard facilities, his son, Hussain tweeted.

In his Tweet, Hussain Nawaz Sharif has alleged that his father was deprived of a bed in the jail and that the bathroom there was extremely dirty, “probably not cleaned for ages.”

He called the treatment meted out to his father akin to “torture.”

I am told that my father was not given a bed to sleep on and the bathroom was extremely dirty probably not cleaned for ages. There’s no precedence of treating people’s representatives with dignity in this country but these are basic rights withdrawal of which constitutes torture.

The NAB on Friday night took Sharif and his daughter Maryam Nawaz into custody in connection with the Avenfield reference case after their flight landed at Lahore’s Allama Iqbal International Airport at 8:48 p.m. (local time) amidst high drama.

The visiting legal team alleged that Nawaz has not been provided with bed and AC in Adiala. They also alleged that the former Pakistan PM was not even given a newspaper to read in the jail and that his bed was a mattress on the floor, as per several media reports.

The lawyers of Nawaz and Maryam will file an appeal against the Accountability Court order convicting them in the case.

Since there was no time to reach court yesterday, the appeal will now be filed in the court tomorrow, which is the last day for filing the appeal against the order that was delivered on July 6 by the Islamabad Accountability Court.

Meanwhile, earlier in the day, Maryam issued a statement stating that she refused better facilities on her “own will.”

She said, “I was offered to apply for better class/facilities by the Superintendent of the jail, as per the rules, that I refused of my own will – This is purely my own decision, taken without any pressure from anyone.”

Nawaj was awarded 10 years in jail while his daughter got eight years of imprisonment along with others in the case.

The Sharifs are accused of failing to disclose the source of income for the purchase of luxury apartments in London.

Several parts of Pakistan are set for polling on the 25th of July. Nawaz Sharif has been banned from standing in the elections.