Democracy in Pakistan has always appeared fragile, with the military’s sway all too evident everywhere. Though the country is headed for general elections in 10 days, on July 25, the political situation there is fraught with uncertainty.

The arrest of former Prime Minister and PML-N leader, Nawaz Sharif and his daughter, Maryam at Lahore airport on Friday night on their arrival from London via Abu Dhabi and the arrest of hundreds of PML-N workers have escalated tensions in the country, even as a deadly terror attack in Balochistan killed 128 people.

A defiant Sharif returned to face a 10-year jail sentence in the Panama Papers case, involving corruption, while his daughter Maryam who was being seen as his political heir faces seven years in prison. However, Sharif’s imprisonment is unlikely to be of political benefit to Pakistan Tehreek-i-Insaf (PTI) leader Imran Khan, who is seen to have the tacit backing of the powerful military. Instead, Sharif and his PML-N party appear set to get sympathy votes in large numbers. 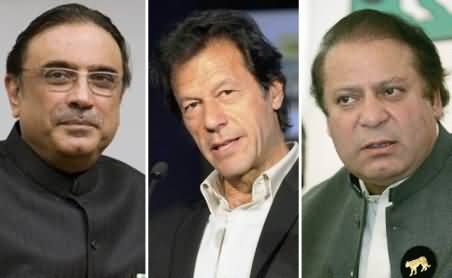 Sharif, who is in Adiala Jail, has said he will appeal his conviction.

As July 25 closes in, a quick run down on the elections.

Over 100 million voters, or almost half of the country’s total population, will cast ballots for 849 directly elected seats, including 272 seats for the National Assembly.

The National Assembly is the lower house of Pakistan’s Parliament. Votes will also be cast for 577 general seats of the four provincial assemblies – Punjab, Sindh, Balochistan and Khyber Pakhtunkhwa.

The National Assembly has 342 seats, of which 272 are filled through direct election, 60 seats are reserved for women and 10 for religious minorities. A political party needs 172 seats for simple majority to form the national government.

Also Read: H-1B holders worse off with the recent change in US immigration law

The Pakistani Army has said it would deploy 371,000 troops to ensure “free and fair” elections.

Punjab – the country’s most populous and richest province – has the highest number of seats, 148, in the National Assembly, while mineral-rich Balochistan, which is the smallest province in terms of population but the largest in terms of land, has 14 seats.

The Federal Administered Tribal Area (FATA), a conglomerate of several tribal regions along the Afghanistan border, has 12 seats, while three seats are allocated for the federal capital Islamabad.

Punjab, which constitutes around 60 percent of the country’s total population, usually decides which party will form the federal government.

Saeed, who carries a USD 10 million American bounty on his head for his role in terror activities, is not contesting the election.

India would be watching the elections closely and hoping for a stable government in Pakistan, which is not submissive to the military, as that would help take diplomatic ties forward.