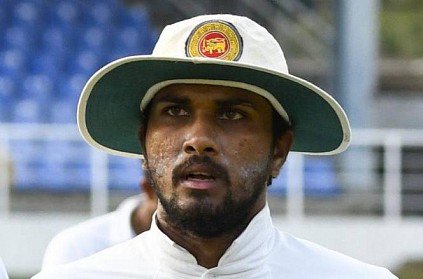 Dinesh Chandimal, the captain of the Sri Lankan captain has lost his appeal against ball tampering allegations after a four-hour hearing yesterday. He will not be allowed to play the next test match tomorrow.

He changed the condition of the ball during the second day’s play. The Judicial Commissioner, Michael Beloff, dismissed his appeal as he was found guilty of the act.

An ICC statement said: “Sri Lanka captain Dinesh Chandimal, coach Chandika Hathurusingha and manager Asanka Gurusinha have admitted to breaching Article 2.3.1, a Level 3 offence, which relates to ‘conduct that is contrary to the spirit of the game.'”

He has been charged complete match fee in violation of the ICC Code of Conduct. Match referee Javagal Srinath had said Chandimal had applied an artificial substance to the ball.

The Lankan team refused to take to the field for today’s play which caused a delay in starting of the match by two hours. The match resumed at 11:30 on Day 2 after Chandimal argued with the umpire.

“During the hearing, Dinesh admitted to putting something in his mouth but couldn’t remember what it was, which I found unconvincing as a defence,” the match referee said.

The captain used saliva and sweat to tamper the ball for extra spin.

The preliminary hearing for this breach will take place on July 10 with the decision on sanction to follow.