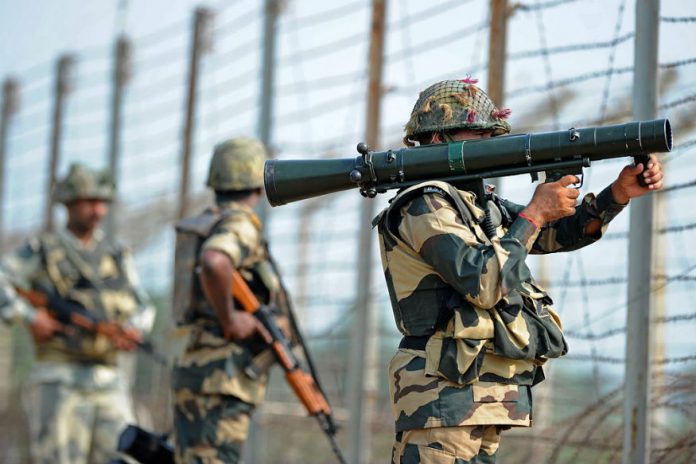 Pakistan is back in the headlines with its fresh spate of terror attacks in India. This time India’s warnings of retaliation are coming not merely from strategic experts on television channels but also our esteemed defence minister, who repeated her threat to ensure that the message got home.

Pakistan’s defence minister was quick to seize the opportunity to make a counter-threat. Within India, the supporters of dialogue are lying low. There is a demand within the Congress party for Mani Shankar Aiyar to be expelled for repeating his clichéd call for “uninterrupted and uninterruptible” talks.

Pakistan-watchers are busy diagnosing the causes of this new blitz. There is no dearth of explanations: the perennial power struggle in Pakistan, the United States tightening its aid, the threat of being put on the watch list by the Financial Action Task Force for terror funding, terror groups flexing their muscles to show their defiance of Security Council scrutiny. All these are true but irrelevant. Pak-sponsored terrorism has shown all-weather capability. It is active when bilateral dialogue is taking place and relations are promising, as in the period between 2005 and 2008. It is equally buoyant when relations are bad and India is acting tough.

So India is back to the original question in its foreign policy paper: how do you solve a problem like Pakistan? The defence minister has promised that it will be made to pay, but has not elaborated. The surgical strike is the new buzz-word in our strategic lexicon and is frequently recommended. But they have not worked so far. Killing a few terrorists along the Line of Control and destroying their night-shelters is not likely to. We do not have not have drone capability to strike deeper. Not that it would help matters. The United States has it and has been using it for a long time. These are pin-pricks for Pakistan. Its population growth and madrasas ensure a ready supply of brainwashed youngsters, whom it sends in waves to India and Afghanistan to kill and to die.

How do we handle this problem? There are no easy answers and no cost-free solutions. Increasing vigil on the LoC is an obvious urgent step to take. Equally important is strengthening the security of our security forces. Nothing is more demoralising for a country than to have its soldiers get killed inside their camps and homes. Having FIRs lodged against security forces without a departmental enquiry also does no good to their commitment to duty.

As for the long term, we must now start a dialogue – with the people in Pakistan who are desperately struggling against the atrocities of their army. The Baloch, the Sindhis, the Seraikis, the Pashtuns and the people of Gilgit-Baltistan have all tried at various times and in various ways to assert their right to live in peace and freedom. The Pak army has silenced them all ruthlessly, as it nearly did in Bangladesh, back in 1971. The Baloch leader Akbar Bugti was killed in a cave in Balochistan where he was hiding by Pak air force bombers in 2006. Sindhi nationalism was smothered by the Pak army through the MQM goons. The Pashtuns were badgered into extremism by the Jamiat-e-Ulema-e-Islam. These people need international support for the protection of their human and political rights. India has to overcome its hesitation and lend a hand to these oppressed people.

Threats do not deter terrorists dying to get martyred. Pakistan loves India’s threats because they raise its international profile. It will not mind a war. It knows that the international community will intervene and compel the two countries to sit down and talk – talks that will last till the next interruption. But Pakistan would have made its point that India cannot run away from talks.

(The author is an Indian diplomat and former public administrator.The views expressed are Personal)