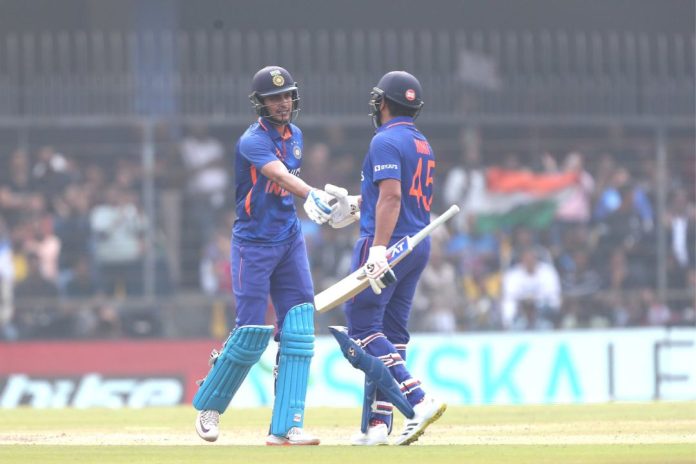 Indore: Rohit Sharma and Shubman Gill’s centuries guide India to a mammoth total of 386 runs against New Zealand on Tuesday.

A major comeback innings for Indian skipper Rohit Sharma as he scored 101 runs in 85 deliveries. The power-pack performance included 9 boundaries and 6 sixes.

On the other hand, Shubman Gill continues to score big as he scores back-to-back tons in the series. The youngster scored 112 runs which include 13 boundaries and 5 sixes.

Ishan Kishan failed to score big due to a run out after confusion over the call with Virat Kohli on the non-striker end. Kohli was later dismissed by Jacob.

Hardik Pandya played a cameo inning towards the end as he scored 54 runs in just 38 deliveries guiding the team to a big total.