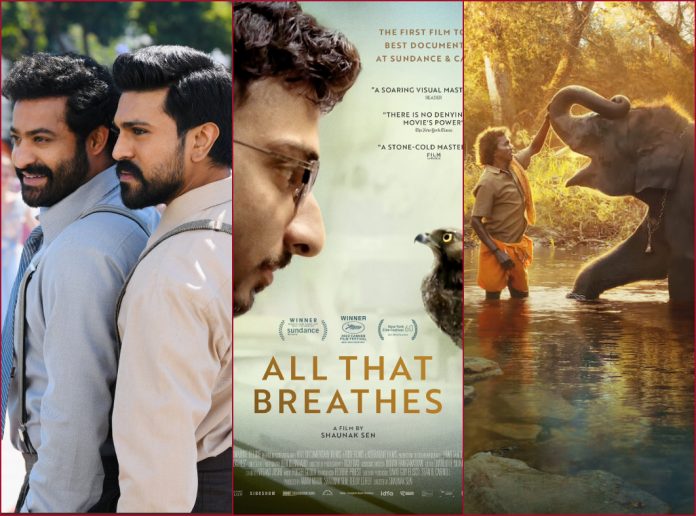 The Oscars 2023 nominations have been announced and India has made a mark in the nominations by bagging spots in three different categories.

After winning big at the Golden Globes and Critics Choice Award, RRR has been nominated for the Academy Awards. The RRR song ‘Naatu Naatu’ has bagged an Oscar nomination in the Best Song category.

This year’s Original Song nominees are music to our ears. #Oscars #Oscars95 pic.twitter.com/peKQmFD9Uh

All That Breathes, directed by Shaunak Sen, this film has been selected for the Documentary Feature Film category.

The Elephant Whisperers, directed by Kartiki Gonsalves, has made it to the Documentary Short Film category.