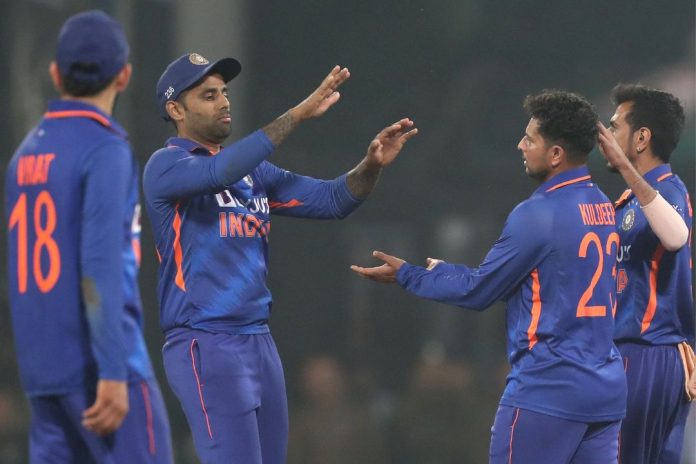 Indore: India continues to dominate as they whitewash the series against New Zealand after registering a win by 90 runs on Tuesday.

A major comeback inning for Indian skipper Rohit Sharma as he scored 101 runs in 85 deliveries. The power-pack performance included 9 boundaries and 6 sixes.

On the other hand, Shubman Gill continues to score big as he scores back-to-back tons in the series. The youngster scored 112 runs which include 13 boundaries and 5 sixes.

India managed to set a mammoth total of 386 for Kiwis in the first innings.

New Zealand’s Allen continued to struggle in Indian conditions as he was dismissed in the second delivery by Hardik Pandya.

Devon Conway played a balanced inning of 138 runs, but the innings went in vain as New Zealand kept losing wickets from the other end.

With this win, India now tops the ICC World Ranking for ODI games.