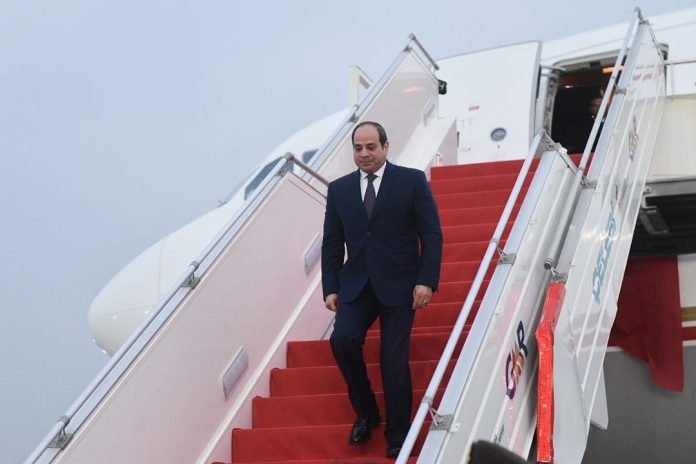 New Delhi: Egypt’s President Abdel Fattah El-Sisi arrived in the national capital on Tuesday to take part as the Chief Guest for the 74th Republic Day celebrations on January 26.

This is the first time any Egyptian President has been invited as a chief guest for the Republic Day parade and celebration.

Abdel Fattah El-Sisi was accompanied by a high-level delegation including five ministers and senior officials during the visit. The visit comes when both India and Egypt are celebrating 75 years of establishment of diplomatic relations this year.

India received the President with a traditional folk dance performance. Egypt is one of the nine countries invited to the G20 Summit under India’s presidency this year.

During the visit, he is scheduled to meet President Droupadi Murmu, Prime Minister Narendra Modi, and External Affairs Minister S Jaishankar among others, with whom he will hold a meeting at the Rashtrapati Bhawan.

On Republic Day, Abdel Fattah El-Sisi will witness the Republic Day Parade as the chief guest. A military contingent of the Egyptian Army will march on the Rajpath along with other contingents.

The Egyptian President will attend the “at home” reception by President Murmu at Rashtrapati Bhawan. He will also hold a meeting with Vice President Jagdeep Dhankhar. He will interact with the business community in India.