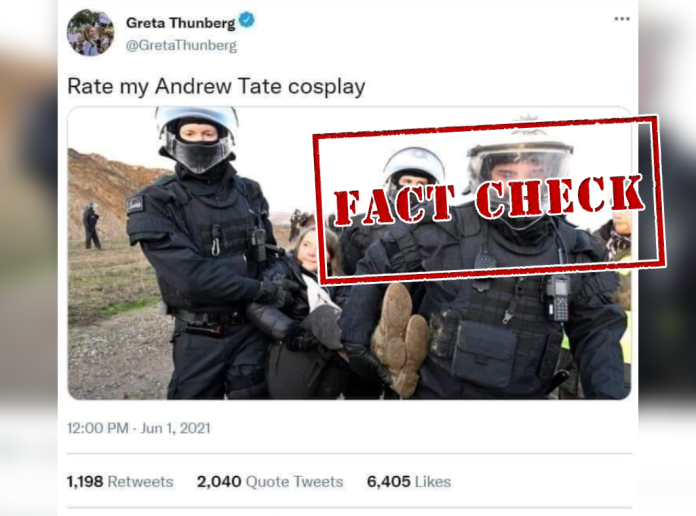 On January 17, German climate activist Greta Thunberg was briefly detained during protests against the demolition of Luetzerath village to make way for a coal mine expansion. She was held near the village after police warned that the group would be removed by force if they did not move away from the mine’s edge. Against this backdrop, a tweet purportedly posted from the official handle Greta Thunberg is widely shared on social media linking it to her detention. The text reads: “Rate my Andrew Tate cosplay”.

Internet celebrity Andrew Tate, his brother, and two Romanian female suspects were arrested on December 29 on suspicion of creating a criminal ring to sexually abuse six women. They have both denied any misconduct. 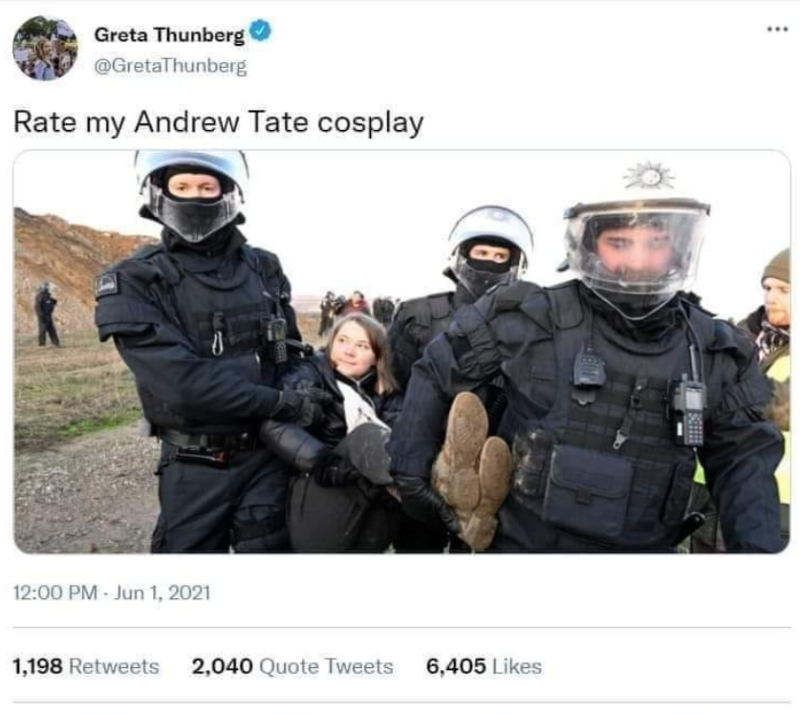 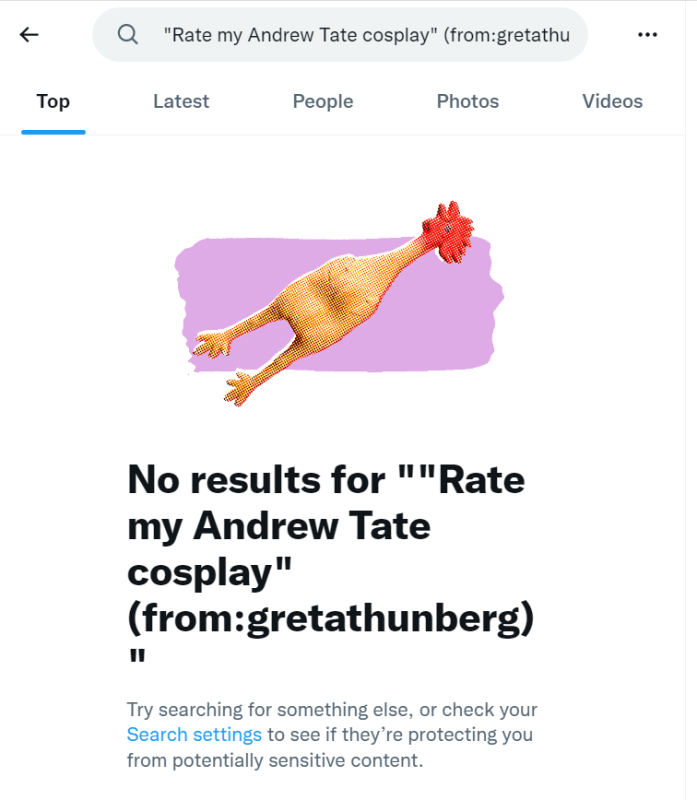 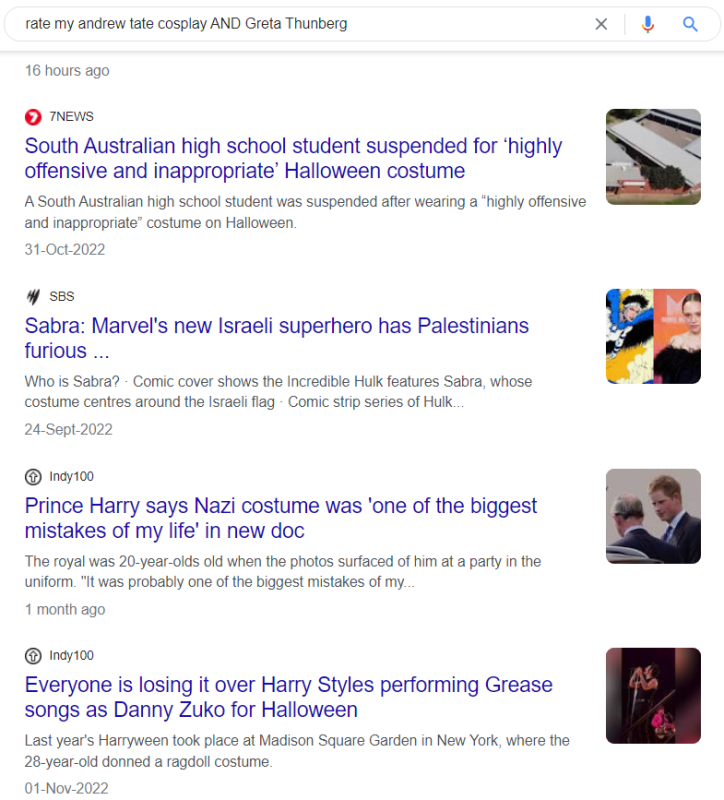 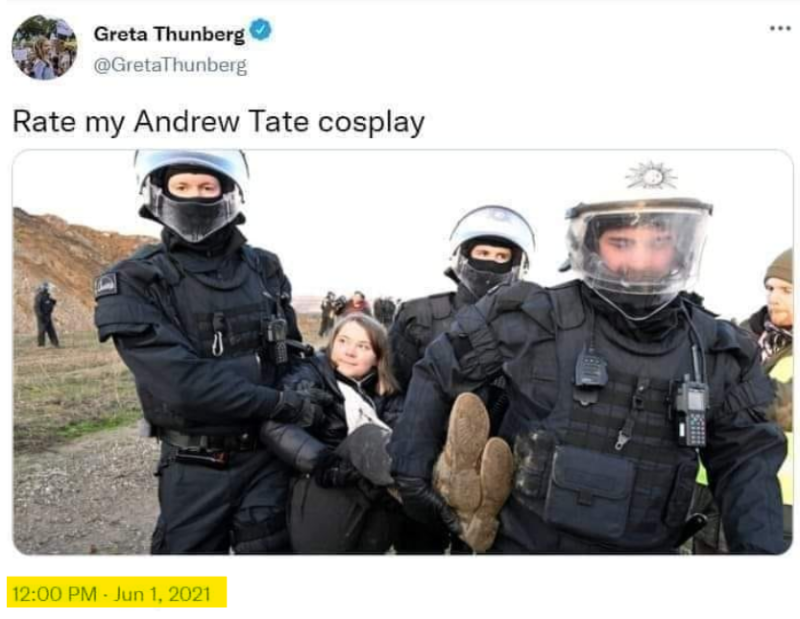 Thus, it is evident that the tweet linked to Greta Thunberg’s recent detention in Germany is fake.